Hello, I hope that somebody help me. I have the followin problem with a server windows 2012 r2, which has the service of IIS 8, with PHP 5.6.32. When clicking a page that makes a query to a MSSQL DB that is in another server, in the network connection statistics, in the received data it appears that the server was preventing the use of all bandwidth, because of the 10 Gbps it has the connection limits the reception of data to about 7Mbps and does not allow use more than that limit, making it take more than 130 seconds to load that page. On the other hand I built the same environment but with an IIS 7 in windos 2008 r2, and there it took only 10 seconds to load the page, using up to 200Mbps.
Does anyone know how to release that bit reception limit in Windows 2012 R2? 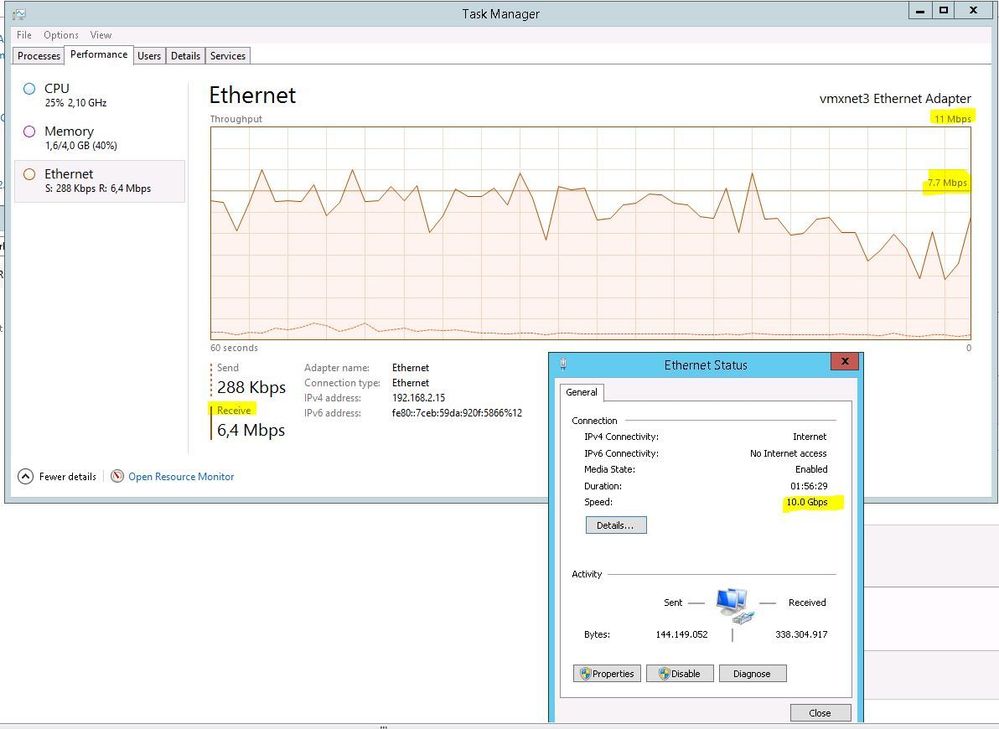