First published on TechNet on Oct 25, 2016
There was a known issue about Microsoft Office 365 Integration failure on Windows Server 2012 R2 Essentials due to exceeding the maximum message size quota for incoming messages while retrieving the subscription information. We are pleased to inform that the fix for this issue has been included with latest monthly quality rollup for Windows Server 2012 R2:

Detailed information about the issue is mentioned below:

Microsoft Office 365 may fail to integrate with Windows Server 2012 R2 Essentials with the following exception: 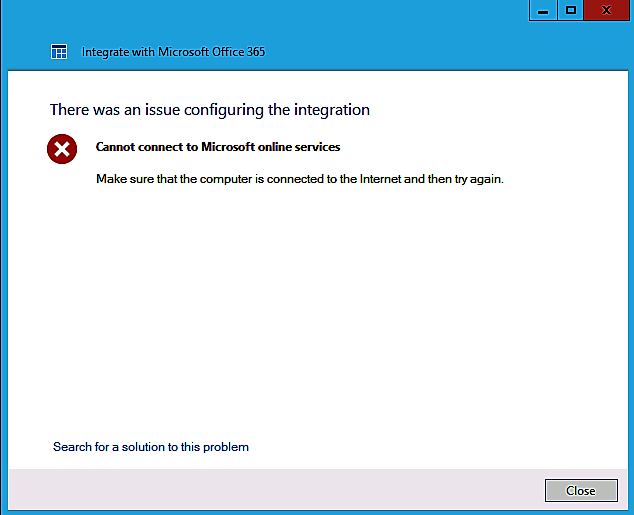 The file SharedServiceHost-EmailProviderServiceConfig.log located at the C:\ProgramData\Microsoft\Windows Server\Logs folder may show the following exception: 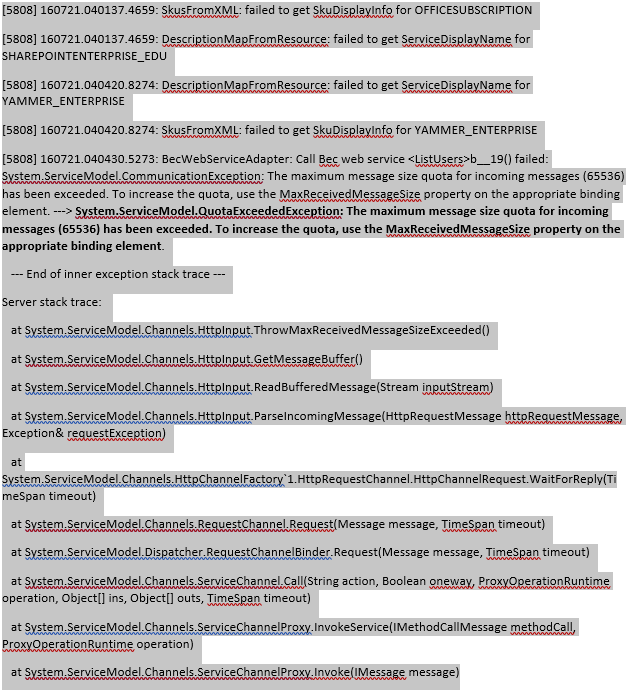 The issue occurs due to a scalability issue conflicting with default output buffer size used for subscriptions. This causes a failure during the retrieval of any O365 subscription and breaks the O365 integration feature.

Resolution: The fix for this issue has been included with the monthly quality rollup for Windows Server 2012 R2. Install the following rollup on the server:

Note: This is an optional update and will be promoted to a mandatory one in the next update cycle.