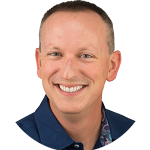 Andrew Connell is a full stack web developer with a focus on Microsoft Azure & Office 365, specifically the Office 365 APIs, SharePoint, Microsoft's .NET Framework / .NET Core, Angular, Node.js and Docker that enjoys development, writing & teaching… if it’s cutting edge web you will find Andrew there! He has received Microsoft’s MVP award every year since 2005 and has helped thousands of developers through the various courses he’s authored and taught both in-person & in online courses. Recently he launched his own on-demand video platform, Voitanos (https://www.voitanos.io) to deliver his on-demand video training. Throughout the years Andrew has been fortunate enough to share what he has learned at conferences like Microsoft’s TechEd, Build, Ignite & SharePoint conferences, Angular’s ngConf & AngularU, SPTechCon, SP Live 360, and Techorama among many others all around the world in North America, Europe, Asia & Australia. You can find Andrew on his popular blog (http://www.andrewconnell.com), follow him on Twitter @andrewconnell, check out some of the numerous projects he’s involved in on GitHub (http://www.github.com/andrewconnell) or listen to his popular weekly podcast, The Microsoft Cloud Show (http://www.microsoftcloudshow.com), which is focused on Microsoft cloud services such as Azure and Office 365 as well as the competitive cloud landscape.