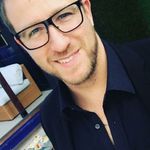 Warren du Toit is a Senior Solutions Architect focused on Cloud with emphasis on Open Source, Networking and Voice Microsoft. He was named MVP for Microsoft Azure in 2017 and has spoken at various conferences, as well as being an Organiser of Azure events in South Africa. He has an extensive background in Open Source and Cloud Networking, having built global grids for global cloud providers. Warren advises Enterprise Customers and System Integrators, with a focus on either assisting customers to move to the cloud or helping System Integrators build their own cloud offering. When Warren is not customer focused, he tries to spend significant time sharing his knowledge on how to drive Open Source and DevOps Azure based workloads. Warren blogs regularly on Azure topics at waza.co.za, tweets at @warrendt and is a co-founder of and a contributor to The Cloud Architects podcast http://thearchitects.cloud.