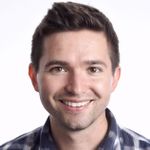 Cameron Micka is a software engineer who takes pride in empowering developers to achieve their artistic and creative ambitions. Cameron joined Microsoft in 2016 after developing video games for nearly a decade at LucasArts Entertainment, Fun Bits Interactive, and his own startup. At Microsoft Cameron’s role is to build tools for Mixed Reality developers and consult with partners and customers.