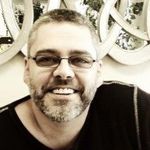 Originally from the UK, I graduated with a degree in Computer Science and began my career as a software developer. I later moved into a consulting role where I focused on integrating the established and emerging platforms of the day (for nostalgia’s sake, that included CPM & MS-DOS, DR-DOS & Gem, Apple's first Macintoshes, SunOS/Solaris, various other Unix flavors, Novell NetWare, and, of course, Microsoft Windows... wow, I’m old). On a whim, I decided to move to Florida where I co-founded a consulting and training-services company which my business-partner and I grew for ~10-years. I enjoy presenting and have been lucky enough to deliver hundreds of technical seminars and training courses worldwide typically centering around identity and security. Some 9 years ago, I joined Microsoft where I owned Windows Server Active Directory for a long while. Recently, I moved to the Windows Server & Services product group where I now own and help design secure virtualization solutions.