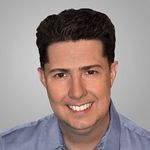 Jason is the Director of Software Development at Champion Solutions Group headquartered in Boca Raton, Florida. Jason has been working with computers ever since he bought his first, a Timex/Sinclair 1000 in 6th grade and taught himself BASIC programming. Prior to Champion Jason has worked in IT for clients such as IBM, the U.S. Department of Justice, Florida Power and Light, Chase Manhattan Bank, PricewaterhouseCoopers, Kodak and Iris Associates (creator of Lotus Notes). He was also a sergeant in the US Army Reserve, serving from 1990 to 1998. Jason was educated at the University of Cincinnati and the Massachusetts Institute of Technology – Sloan School of Management. As a public speaker, Jason has presented on topics including cloud computing, Microsoft Azure, and launching a tech start-up. He is a Microsoft Azure MVP (2010-present), and a registered INETA Regional Speaker.

Likes from
View All
View all