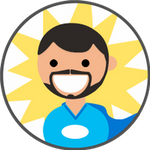 Juan Carlos is a Telecommunications Engineer by the University of Valladolid and bachelor in business administration by the Universidad Oberta de Catalunya (UOC). He has more than 15 years of experience in diverse Microsoft products and technologies such as SQL Server, Visual Studio or .NET Framework; although he currently works as a Solutions Architect skilled in SharePoint and Office 365 platforms. Juan Carlos is Office Servers & Services MVP since 2015 (He had previously been recognized as Office 365 MVP and SharePoint Server MVP from 2008-2015), coordinator of the Cantabria .NET Users Group (Nuberos.Net, www.nuberos.es) and co-founder and coordinator of the following users groups: the SharePoint Users Group of Spain (SUGES, www. suges.es), the Cloud Computing Users Group (CLOUDES) and the recently launched Comunidad de Office 365. He is also co-editor and co-director of the free Spanish digital magazine about SharePoint: CompartiMOSS (www.compartimoss.com). To date, Juan Carlos has co-authored 15 books and several articles about SharePoint & Office 365 platforms in Spanish and English.