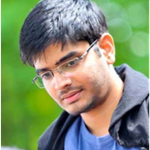 Rahul Potharaju is a Principal Big Data R&D Manager at Microsoft’s Azure Data group working on Azure Synapse Analytics. He has led several open sourcing efforts including Hyperspace and .NET for Spark. His work is widely published at top conferences, and has won awards at venues such as SIGMM and TOMM. Previously, he worked as a Researcher in the Gray System’s Laboratory (GSL) at Microsoft. He earned his Computer Science PhD degree from Purdue University in a joint industrial collaboration with Microsoft Research and Computer Science Master’s degree from Northwestern University. He is a recipient of the Motorola Engineering Excellence award and the Purdue Diamond Award. Rahul’s work has been adopted by several business groups inside Microsoft and has won the Microsoft Trustworthy Reliability.

Oops! Rahul_Potharaju isn't following anyone yet!