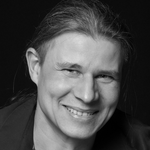 For more than 12 years Johan worked at Simac ICT Belgium where he started out as a System Engineer working on Windows NT and Exchange Server projects. Some years later Johan became responsible as a supervisor for all the Exchange engineers and moved on to being a Support Engineer handling more complex Microsoft projects. For more than 3 years Johan was a Presales Consultant for the Systems and Security division where he focused on everything Unified Communications including Microsoft products like Exchange Server, Office Communications server, Lync Server 2010 and Office 365 with supporting technologies like Active Directory and security products. In 2010 Johan started a new carreer at Ordina Belgium as the Competence Center Lead, Architect and Trainer for Unified Communications & Collaborations. There, his work focused around developing an internal UCC community, building out a UCC practice, doing pre-sales work, architecting UCC projects and delivering training for our own training center and Microsoft. In the beginning of 2015 Johan started his own company “idelimon BVBA” where he is working for large international System Integrators and Hosting Companies. His primary work is centered around Skype for Business, Enterprise Architecture, Business Development and Technical Leadership. Johan joined the Be-Com (formerly known as “Pro-Exchange”, “Pro-Lync” & “Pro-Office365”) community in 2006 and is one of the User Group Leads. Next to his work in the User Group, Johan writes articles for our blog blogs and several other tech websites and tries to help as many people as possible in the Unified Communications Forums on TechNet. Johan has been talking passionately about Lync and Skype for Business at Community Events such as TechDays, LyncDay, TechED Europe, TechED US, Lync Conference and Microsoft Ignite. In oktober 2008 Johan was awarded as an MVP for Exchange Server and moved on to become an MVP for Office Communications Server in 2009, Lync Server in 2010 and he has been re-awarded every year since — most recently as MVP for Microsoft Teams and Skype for Business. As one of the few people, world-wide, Johan achieved the Microsoft Certified Master (MCM) Certification for Lync 2010 http://www.microsoft.com/learning/en-us/mcm-certification.aspx