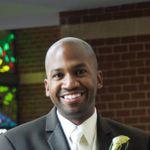 April 5th, 2019 marked 25 years that Michael has been with Microsoft. 24 of those years have been spent working with Systems Management Server (SMS) and Configuration Manager. He started out as a technical support engineer with Systems Management Server 1.0 prior to its official release. He went on to support SMS 2.0 and 2003 as a support and escalation engineer. Michael entered the product group as a developer on the Sustained Engineering team. He later became a developer lead and subsequently development manager for the SMS Extreme team, which shipped several Out of Band releases for SMS. After a brief stint back in support and services as an escalation engineer and then Premier Field engineer, Michael returned to the product group to lead the sustained engineering efforts for both SMS and Configuration Manager.