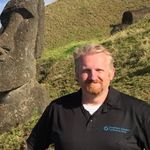 Joel Oleson is widely recognized as one of the world’s most connected Office 365 and SharePoint Community leaders. Joel was a key player prior to the launch of Microsoft's Collaboration products since 2001 from the beginning as the first dedicated SharePoint Admin for Microsoft internal deployments of Tahoe and Office Web Server, and later as Architect for the first version of SharePoint Online. He would act as voice of the product to IT as Senior Technical Product Manager with the 2007 release. Joel left Microsoft in 2008 to greater connect with the global community. His passion was helping kick start communities all over the world and doing white board sessions with consultants and architects to help companies be successful. Collaboration, Intranets, Portals and Business Applications took on a new meaning as he would get involved with many of the largest organizations in the world. In his pursuits he's visited over 160/193 UN countries and continues to coach and mentor community leaders across the globe. In his spare time (not much of it) he enjoys traveling with his family, as well as movies, VR, reading, outdoors, hiking, ancient religious texts, world religions. He loves to make people happy and loves to meet new people and experience diverse cultures. Living in paradise in Oceanside, California. Don't be afraid to reach out, he's one of the most friendly and approachable in the industry and he doesn't bite! Joel is currently working with Perficient as Director in the Microsoft National Practice. He also often delivers webinars and events as part of his Collabshow & Joel 365.