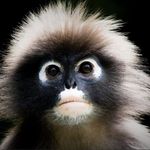 Developer since mid 1980's on all sorts of devices, including a mix of UNIXen. Some hardware tinkering, built a bunch of servers over the years but always more on the software side. C, C++, C# and in the olden days some Fortran, Basic of course and Pascal (later Delphi). Later in life moved more to management side. Built and managed a couple of software development teams. Then - shock, horror! - became a consultant. Now mostly work on Azure and some M365 stuff here and there. Still enjoy working with developers.

Likes given to
View All
View all
We support Ukraine and condemn war. Push Russian government to act against war. Be brave, vocal and show your support to Ukraine. Follow the latest news HERE