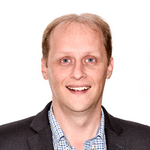 I have been in the IT industry since I completed my degree in computing science in 1995. Although I started my career as a C/C++ developer, I then moved in the IT infrastructure space through different roles such as System Administrator, Systems Engineer and Network Engineer. In February 2008, I partnered with Tom Ward to develop our company (Vigilant.IT) in which I became an expert in the Microsoft System Center Suite (Primarily Data Protection Manager, Virtual Machine Manager and Azure Pack).I've recently been given the Microsoft Most Valuable Professional (MVP) award in the Azure category and continue to actively develop my skills in this area.