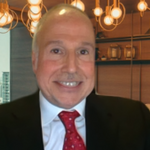 I've been working professionally >40 years, I started with a DOD contractor as an Aeronautical Engineer working on an aircraft carrier based avionics test system (for the FA18 - Hornet) where I learned Microprocessor controlled systems, transistors and mainframe computing. After a few years I moved into private sector (Telecom) where the money was much better and there was a demand for my state of the art "Digital" experience. It was pre-divesture NY Tel under AT&T and worked as a Central Office Engineer on the first Nortel DMS100/200 family switch deployed in NYC. I actually worked 12 hours/day for many months in the CO as the union was on strikes and got an immense amount of hands on experience. After divestiture, I was recruited by Nortel who sold 100 DMS system to NYNEX and my job was to implement Equal Access, CO routing and 'centrex' business features across the installed base. After a few years, A giant Telecom company called Siemens came to Boca Raton, FL and were building the talent to penetrate the US telephony markets as the #3 vendor of choice. There I worked side by side with Bellcore (Telcordia) to gain approval on the Siemens EWSD to be sold into the US Telco market and then as we deployed them worked and managed a TAC and First Office Application Engineering department and was perhaps the most empowering job I ever held (I did everything there and we also implemented 'self-directed-teams'. At the 13 year mark, I opted out of a guaranteed pension and headed to Cisco Systems in N.C. (1999) who was rewarded its employees with an equity stake in the company (Stock Options) and they needed experts in classic telephony as they ramped up to launch VoIP world-wide. I stayed until 2011 primarily in Networked Integration and Test Engineering, but also in Technical Sales (2013 if we count a stint selling Cisco UC with a Gold partner called CDW), until my new "wave" to ride called "Healthcare IT" knocked on my door, just after the Affordable Care Act. It was at that provider (Allscripts) that I learned about corporate IT and the joys of running and securing private DCs and then,... Azure. I was recruited to Microsoft by a CSA I met at that account after 3 years of working together and have been with Microsoft since October 2016, now assigned to the same strategic account who spends millions in Azure plus 12 major Azure Accounts in M&E as their Infrastructure Cloud Solutions Architect. I still live in NC because I love the South even though I report to the West Region of Microsoft's Enterprise Commercial segment. I hope to meet you all some day and share learnings.

Likes given to
View All
View all