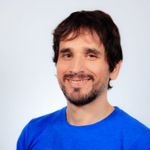 - I do Microsoft Teams since it was called Office Communications Server 2007. - I do Microsoft Exchange On-Premises/Online since Exchange 5.5 - I do SharePoint since 2003 - I also do Azure DevOps since it was called Team Foundation Server - I do Windows Server since NT - I also have a background in dev and BSD/Linux, which helped me a lot to do PowerShell, which I love! - I help correct and write Microsoft official documentation and I also review Pull Requests against it. And several other stuff and technologies!