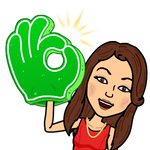 Diana Torres started her IT career since she was 17 years old. Since then, she has participated actively in professional and academic communities as a recognized influencer, leading initiatives and events of innovation and adoption of new technologies, highlighting the role of IT in the industry. She has been a representative in global programs such as Microsoft Student Partners, Women in Technology, she was chosen as the best representative of Latin America in the global program of Microsoft YouthSpark, motivating the youth to study careers in STEM and to learn about the technologies and programs that Microsoft has to prepare future generations of leaders in the technology industry. Since the year 2015 awarded as Microsoft MVP in the category of Cloud and Datacenter Management; proudly the only woman in Latin America and the youngest in their category. She has worked closely with the subsidiary of Microsoft Colombia in several projects, has led IT Departments in some companies guiding forward to the cloud and mobility and she is currently finishing her studies at the Universidad Nacional Abierta y a Distancia in Colombia to get the title of Systems Engineer.