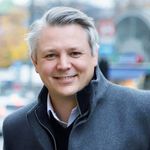 Ståle Hansen is the Founder and Principal Cloud Architect at CloudWay. He is awarded as Microsoft Regional Director and Office Apps and Services MVP with over a decade of experience with Skype for Business and now focused on hybrid Microsoft 365 and Teams. In 2018 he received an honorary award from Microsoft Norway for his longtime commitment to knowledge-sharing. He was recognized as top 100 UC influencers by Mio in 2020. As a popular public speaker he is regularly invited to share his experience at international conferences such as Lync Conference, TechEd, Microsoft Ignite, Experts Live, CommsvNext and Techmentor. He is a co-author of the book "Office 365 for IT Pros" and you can follow his YouTube channel on Microsoft 365 productivity. He loves to share his understanding as a blogger since 2009 and as a highly rated trainer.

Oops! StaleHansen isn't following anyone yet!