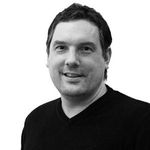 Began working with IT when at The Rugby Football League, the governing body of the sport of Rugby League in England. Started with IT related projects in my job as Head of Ticketing - that industry became more and more automated and digitised. Brought The Rugby Football League's IT support in-house and set up its first IT department. Got involved in some internal database projects as well as setting up general support. After this I took some Microsoft exams on the server and end-user sides and set up as a self-employed consultant. Currently employed in Sweden at a Childrens rights organisation called Erikshjälpen. Enjoying general IT support and a transition to server and end-user cloud technologies such as Azure and Microsoft 365.