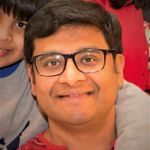 As many schools and organizations manage Windows devices with Microsoft Endpoint Manager, an integration between Microsoft Endpoint Manager and Universal Print is a natural requirement. You may, for example, need to automatically add printers to your Windows devices. A cloud-based print infrastructure does not change that need for Azure AD joined devices. Many users expect printers to come pre-configured on their Windows devices and leave it to the IT team or office manager to identify the best printer(s) for them. The ability to pre-configure printers, therefore, can reduce helpdesk calls about printer installation and give you more control. This becomes even more important when employees are working from home, but still need to send print jobs to an office printer to keep certain business processes going.

Although IT admins can, of course, control which printers a user can add, pre-configuring printers on user devices remains a useful, high-demand feature. The Universal Print printer provisioning tool allows administrators to do exactly this!

Before using the tool, please ensure that the following steps have been completed:

To deploy Universal Print printers via Microsoft Endpoint Manager, the steps are as follows:

More detailed instructions on how to use the tool can be found in the Universal Print documentation.

We want to hear from you!

We hope you will download and try the Universal Print printer provisioning tool today—and we would love to hear your feedback on how we can make this tool even better. This is just the first step and we hope it will help you evaluate the Universal Print public preview for your organization.

Please let us know what you think by leaving a comment in the Universal Print Tech Community!