Turn on suggestions
Auto-suggest helps you quickly narrow down your search results by suggesting possible matches as you type.
Showing results for
Show  only  | Search instead for
Did you mean:
MR Dev Days Hackathon Winners - explore projects made with MRTK3 Public Preview & StereoKit
By 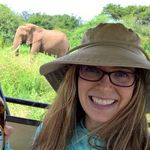 At Mixed Reality Dev Days in June, we announced the availability of MRTK3 Public Preview, point cloud support in Azure Remote Rendering, and the kickoff of a month-long online hackathon with the theme "A New Way to Solve an Old Problem".  Check out videos of all the qualifying projects in the hackathon project gallery.

We are so proud of the hackers who participated and thankful for their valuable feedback. The issues, feature requests, and use cases surfaced will help make MRTK3 Public Preview and StereoKit even better for all developers.

And the winners are….

If you’ve ever needed to take and record a measurement, but didn’t have the right tools, MRToolbelt can help. Measure length with your fingers or estimate area or volume, then record it with photos, videos, or voice notes.

To build MRToolbelt, Aristides leveraged spatial mapping and meshing provided in AR Foundation as well as the hand tracking subsystem, speech subsystem, and phrase recognition capabilities in MRTK3 Public Preview. Aristides also learned a lot about the XR Interaction Toolkit while building MRToolbelt and plans to add in object recognition and the ability to generate step-by-step instructions in the future.

Exposure therapy is a proven method for helping patients overcome phobias by gradually teaching them to reduce their fear response. Flavius, David-Bobola and Jack worked to make this important therapy tool more convenient and accessible. In their project, Xposure Therapy, patients are provided a list of objectives to complete starting with very rough representations of their phobia. They then progress little by little to interacting with more realistic and immersive representations.

Xposure Therapy was built with StereoKit in C# using Visual Studio. The team used the StereoKit’s simulator for fast iterations and Quest + Link with hot reloads for quick deployments to Meta Quest 2. They were excited at how much they were able to learn and leverage while building their first mixed reality application including model loading, animation, sounds, and physics. They also offered up this important tip they learned that could help others starting out - make all your asset names in lower case when doing cross-platform development! Files in the Asset folder are not case-sensitive in Windows, but they are on Android.

In MasterPlanXR, Brett reimagined project planning by going beyond the 2D Gantt chart to efficiently utilizing 3D space. Teams can collaborate in a persistent project room where they can present to each other and interact with plans by adding, updating, dragging and dropping tasks. The 3D interface makes it easier to identify dependencies and conflicts, and brings additional project clarity across team members.

Tasks in MasterPlanXR make use of StereoKit handles for task placement and a custom shader to surface additional information to users on the task blocks. Project assets and details are saved to the cloud using Azure, and peer-to-peer networking is enabled via Epic Online Services. In the future, Brett plans to add PDF import capabilities, data visualizations, Meta Quest support, enhanced security and permissioning, and more.