Turn on suggestions
Auto-suggest helps you quickly narrow down your search results by suggesting possible matches as you type.
Showing results for
Show  only  | Search instead for
Did you mean:
Calling all Unreal enthusiasts… help Kippy Escape!
By

Kippy the robot wakes up to find itself stranded on an island... and it's up to you to solve a series of puzzles and help it find a path to its rocket ship! Kippy's Escape is a new open source sample app for HoloLens 2, built with Unreal Engine 4 and Mixed Reality UX Tools for Unreal. It's now available for download from the Microsoft Store; once you've played through, you also can check out the repository from GitHub and dig into how it was made. We built Kippy's Escape to highlight Unreal Engine's HoloLens 2 support, the HoloLens 2's capabilities, and the UX components provided out-of-the-box by the Mixed Reality Toolkit. We wanted to inspire developers to imagine what they could create with Unreal and HoloLens 2. As such, we came up with three guiding principles for the experience: that it needed to be fun, interactive, and have a low barrier to entry. We wanted the experience to be intuitive enough that even a first-time mixed reality user wouldn't need a tutorial to go through it.

Key HoloLens 2 features helped make the game feel fun. Eye tracking allowed us to fire off material and sound attributes, highlighting key pieces of the game without being too distracting or overwhelming. Spatial audio helped make the levels feel at home in the player's surroundings. Being able to grab objects, push buttons and manipulate sliders engages the player in such innovative ways, it was important to make sure these connection points felt natural.

The Mixed Reality UX Tools plugin provided us with a set of extensible components to make the game interactive. Hand interaction actors enable both direct and far manipulation of holograms out-of-the-box. At the start of Kippy's Escape, the user is given the opportunity to set the location of the game. Hand beams extending from the user's palm make it easy to manipulate large holograms that are far away, like the placeholder scene. The scene is able to be dragged and rotated using UX Tools' bounds control component. On the second island, the user must pick up gems with manipulators attached and place them in their matching slots. A slider component appears on the fourth island, triggering the final bridge to be raised. 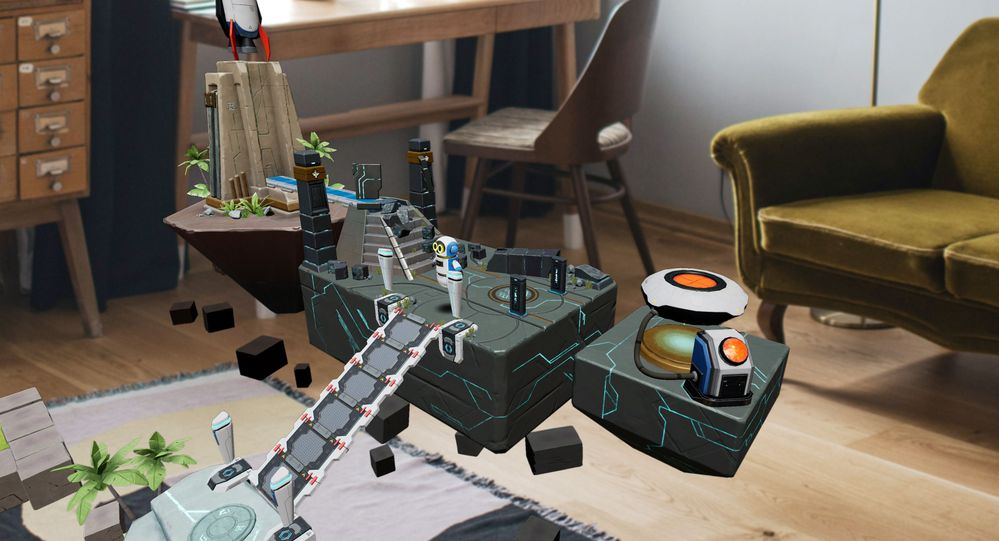 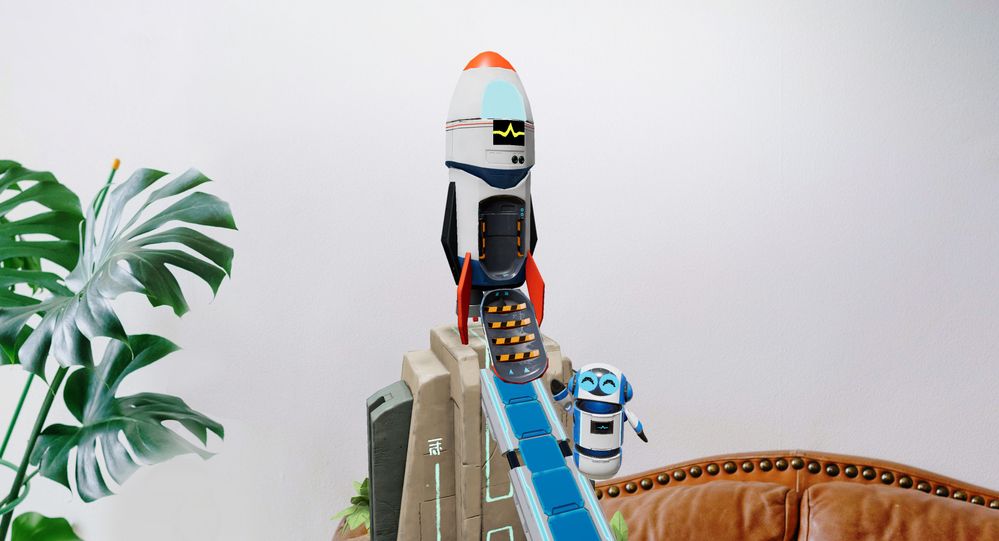 For the full story of how Kippy's Escape was made, check out this article.