I was asked to take a look users call where user have had troubles to hear others on the meeting. And I end to the call history. The network package lost looks like following: 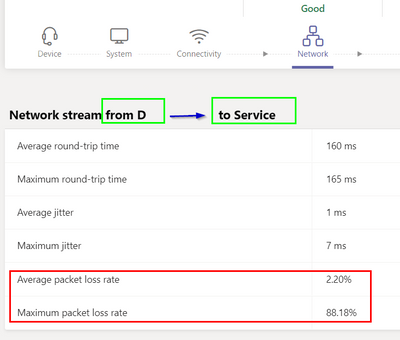 I'm reading above as network traffic from user D to the Teams service have had package lost with 2.2% and 88.18% as maximum.

But when I look the same call from advanced view I get the following:

Keep in mind, the page is much longer, so I made small picture manipulation. I took to top headers to show from where I took the advanced. Then I collapse also "Inbound network" so that you could see the last two values easily. On here you can see that D's "inbound network" had same numbers.

Is it only me who does not found the logic on this?

As the problem was hearing others, then the second picture should be correct. But how the first picture could show that issues were on the traffic from user?