Turn on suggestions
Auto-suggest helps you quickly narrow down your search results by suggesting possible matches as you type.
Showing results for
Show  only  | Search instead for
Did you mean:
Microsoft Tech Community Live:  Microsoft Teams Edition
November 09, 2021, 08:00 AM - 12:00 PM (PST)
Find out more 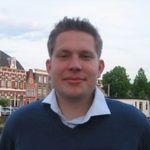 But now back to the session. Many participants in the session use and administer Microsoft Teams. So they came into this session with questions and a lot of experience, as one of the participants told before the beginning of the session. He hoped that the speaker would respond to many practical challenges and give advice on how Microsoft handles the product. The expectations were therefore already clearly defined. 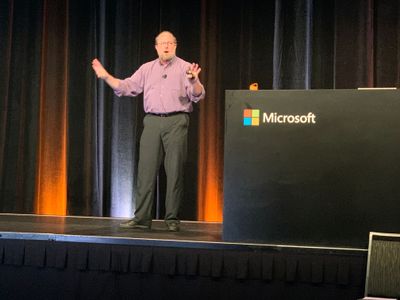 Jamie Stark started with a short, but powerful agenda. He spoke about the Team Admin Center, about users, policies and settings, about the Microsoft Teams Lifecycle and of course about planned future functions and the roadmap.

The Admin Center, built with React as a single page application, supports 40 languages: 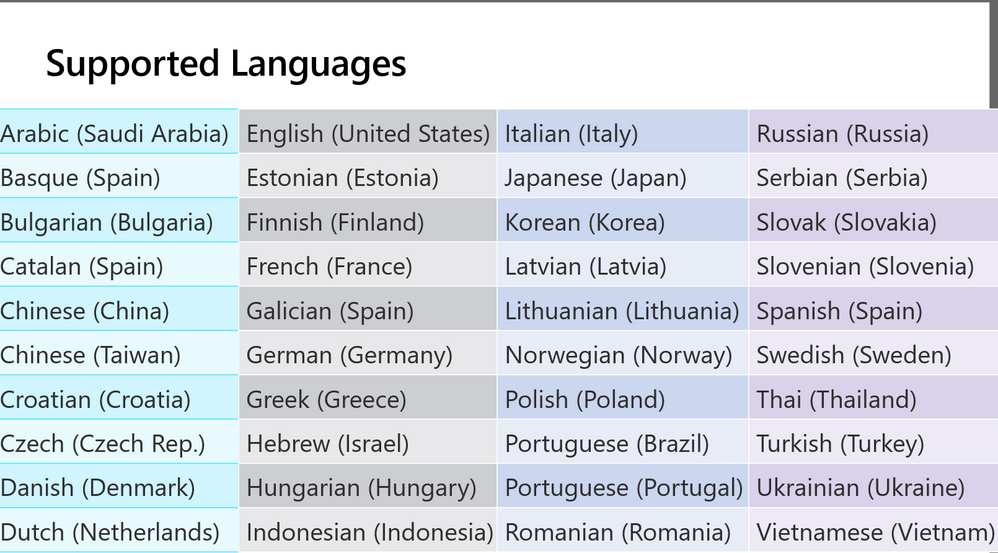 Interesting is the structure of the Microsoft Teams Admin Center, which is offered worldwide in different regions including Europe and Asia. Technologies such as Azure CDN and Azure Blob Storage for the Admin Portal UI are used, as well as various backend services that bring the Admin Portal to life. This includes of course PowerShell, but also the Calling Analytics API or the Microsoft Graph. 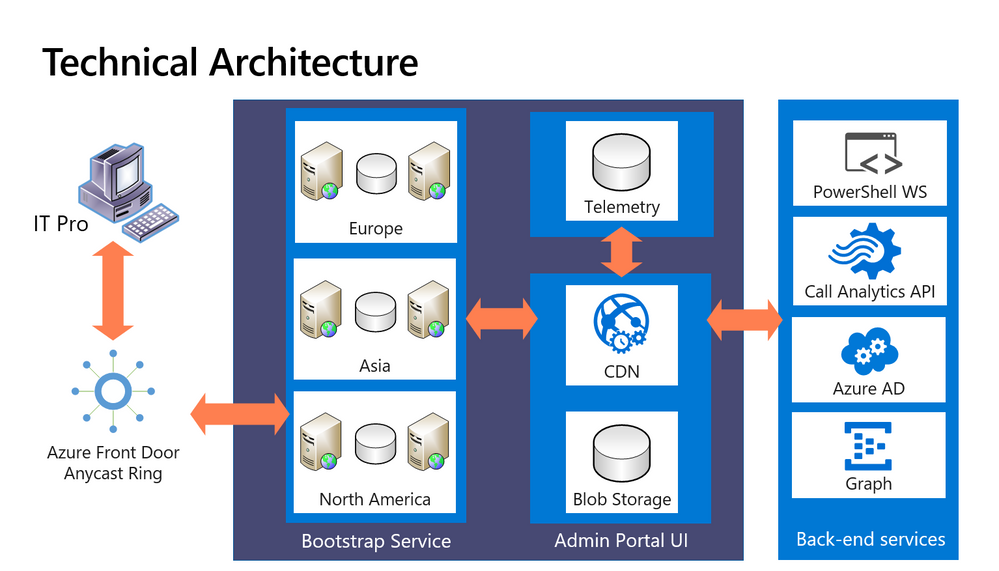 This means that more and more functions can be implemented in the Microsoft Teams Admin Center. These includes, for example, the App Policies announced on Ignite 2019 to give the administrator the opportunity to decide which Apps will be made available for his company and which will not. However, the functions of the Admin Center also include Team Lifecycle Management and Org wide settings for external/guests.

The speaker pays special attention to the Role Based Admin Control (RBAC). Which was developed as an Azure Active Directory function across Office 365 to harmonize management and usability.

There are four roles for this: 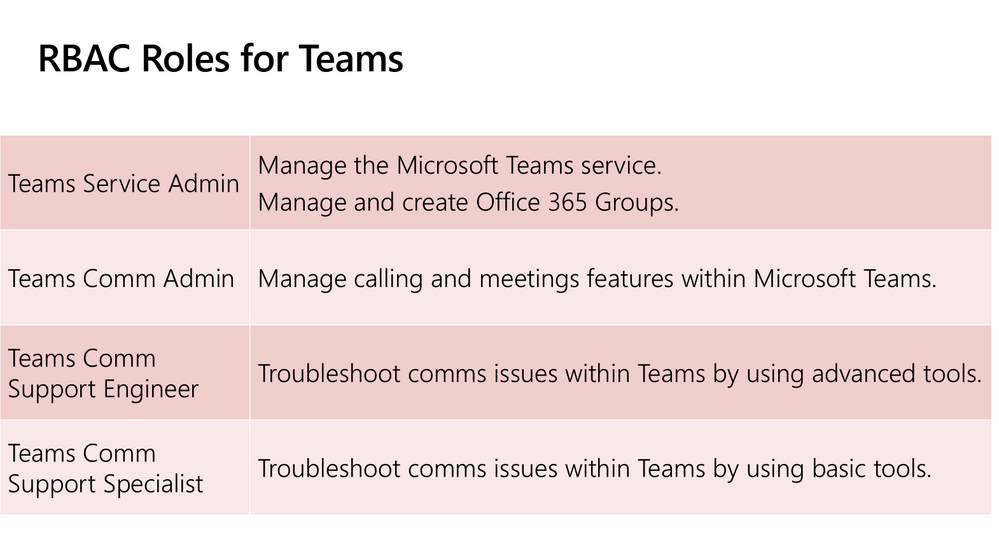 and explanations of the different roles: 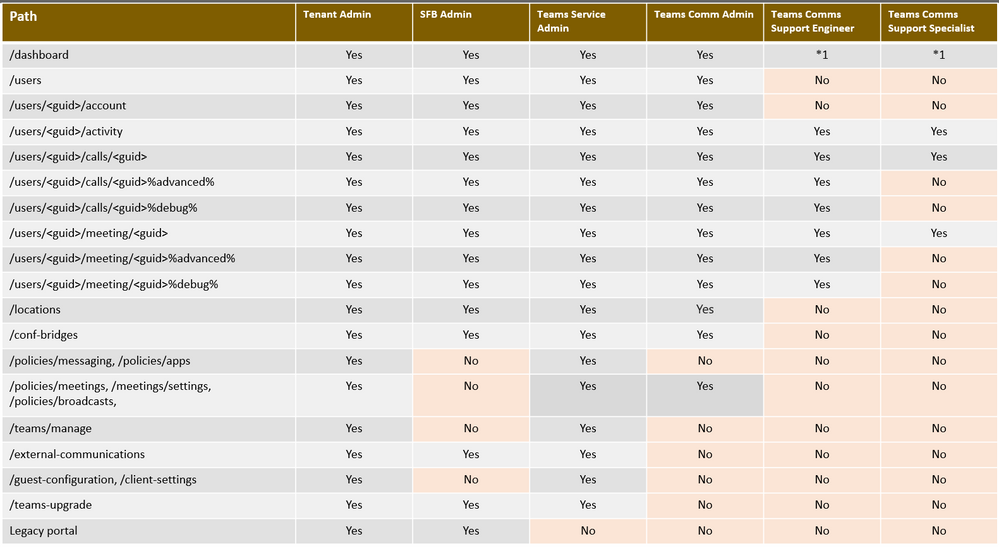 This sheet was one of the most shot with the smartphones of the participants for later secured foil.

In the next part of the presentation, the speaker talked about policies and attitudes and went into more detail about user management. By addressing both creation, license assignment and login control. One focus was on Teams polices: 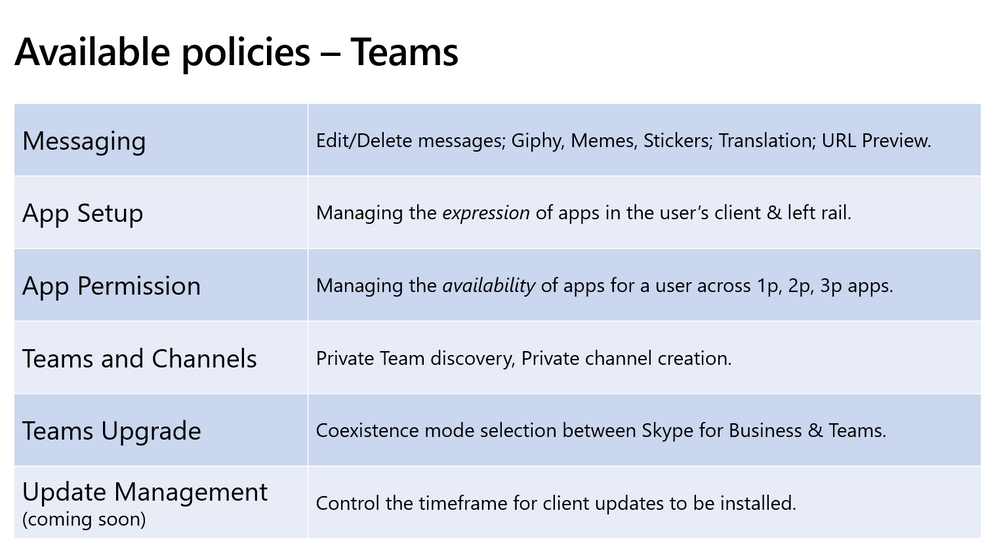 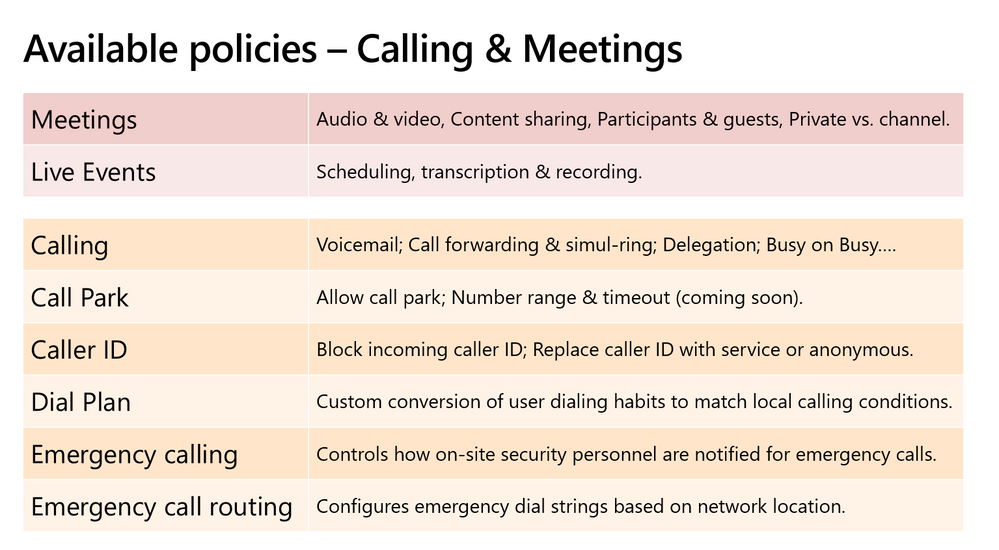 In this respect, unified calling and meetings with Microsoft teams are of great interest to many IT administrators. An administrator of an enterprise company told me at this point that just the calling and the implementation of meetings is now after over a year of using Microsoft Teams, a main point.

He was therefore very pleased that the speaker spoke about the collection of guidelines on this topic and presented and also demonstrated the simplified possibilities. So the speaker explained and showed the current scope of news, meetings. Live events and calls.

He also showed a draft version of the new meeting policies regarding the connection to the Office 365 Group. 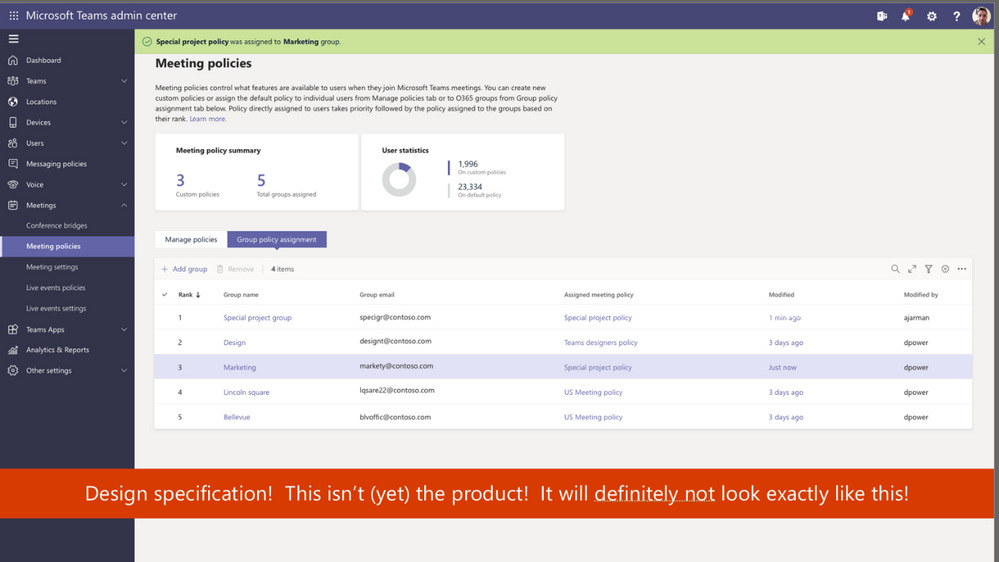 and presented the matching new PowerShell cmlets, which of course I don't want to withhold from you: 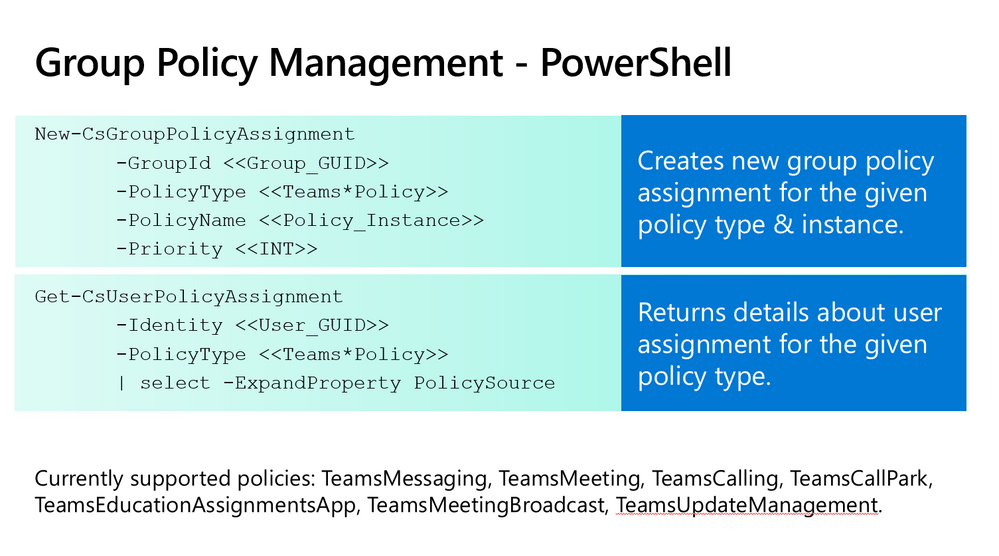 all participants often discussed topic. The speaker reported on his experiences and customer feedback on this topic. He introduced the Microsoft Teams Lifecycle Management: 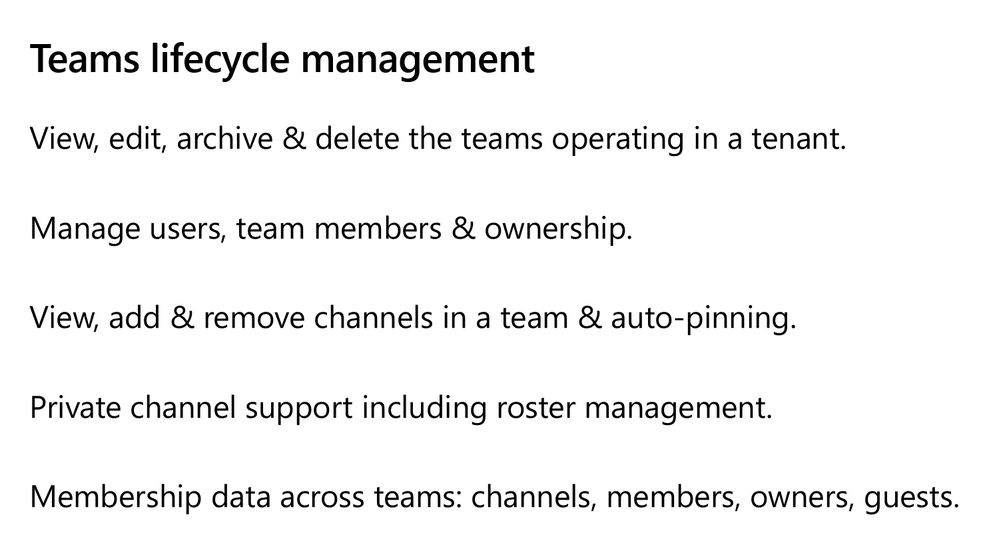 In order to implement this effectively in his own tenant, the speaker introduced the Policies and Attitudes. With these, meaningful settings such as the creation of private channels can be controlled at team level. He demonstrated this and showed how easy and uncomplicated it is to control per Team whether private channels can be created in this Team or not. 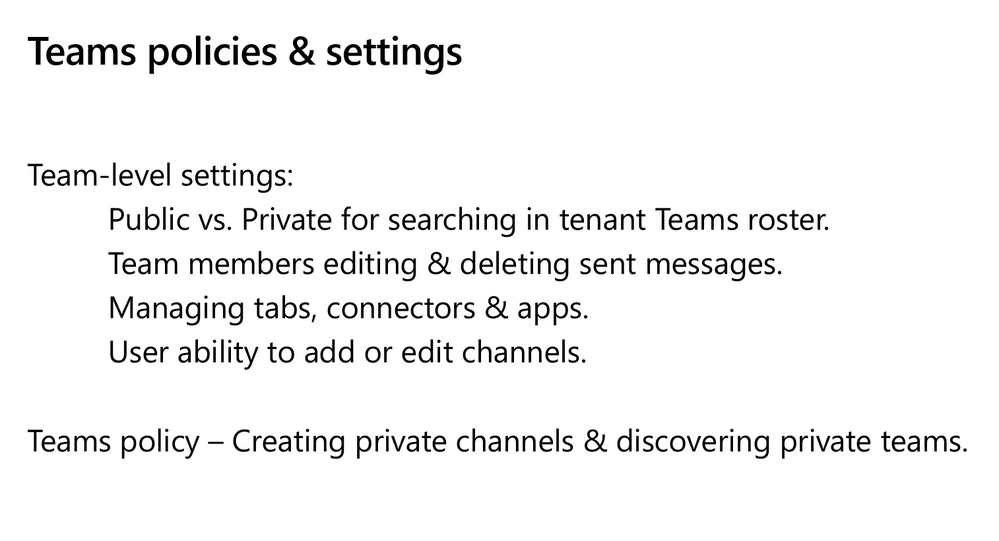 Before the roadmap James showed us the new "Advisor for Microsoft Teams". The goal of this advisor is to simplify the rollout of Microsoft Teams within the company. Using an Advisor Team with ready-made tasks in Planner, the important points from Microsoft's point of view are pointed out. The Advisor is currently in the private preview and will go into the public preview in H1 2020, so that you can all test this new tool.

Also new is the "Network-Planner" for Microsoft Teams. This should help you to plan Microsoft Teams on the level of the network and not to have to make quick adjustments to the network after the rollout. The Network Planner contains the experiences of Microsoft and its customers to make the calculation as accurate as possible: 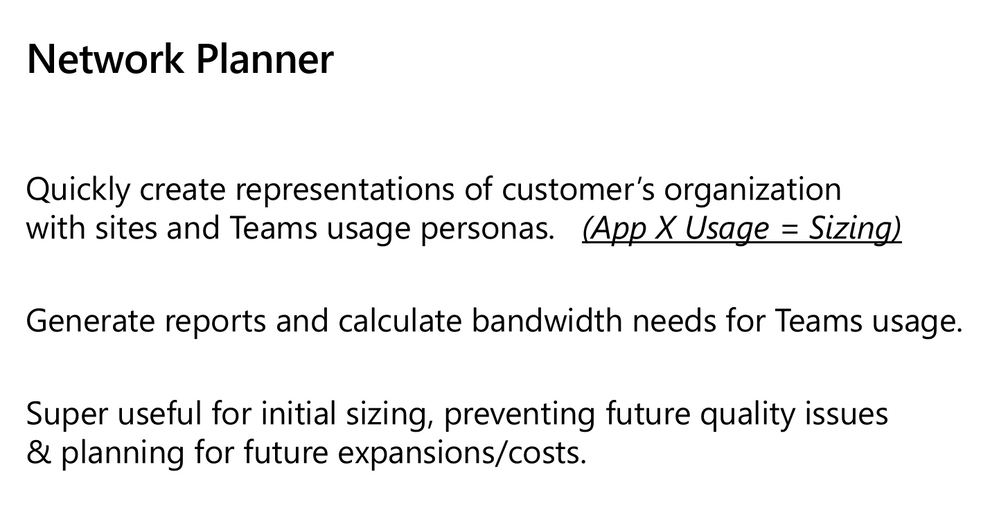 Finally, Jamie gave a brief overview of the roadmap for Microsoft Team management. 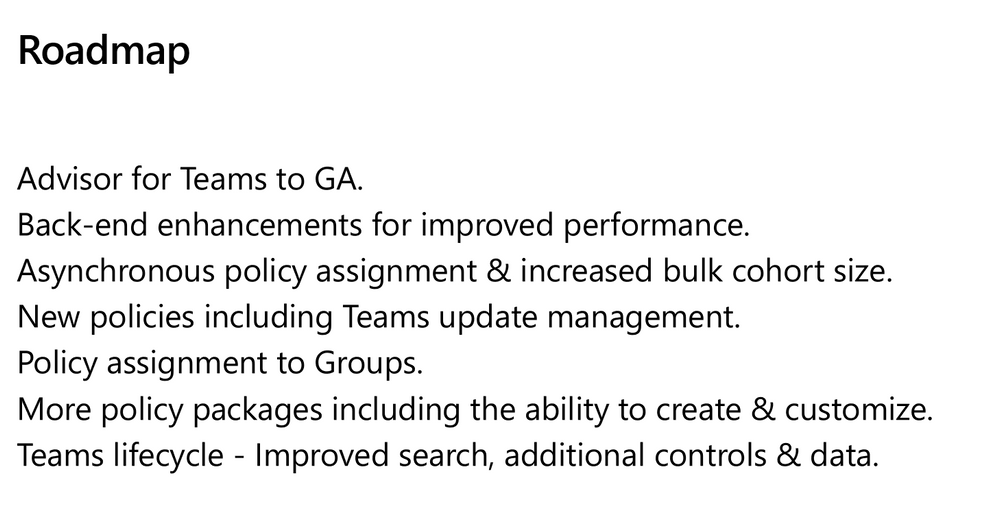 and showed us what we can look forward to in the coming months.

In summary, this session was extremely informative, lively and enlightening. He showed that Microsoft understands the wishes and suggestions of its customers in this area and that the innovations address them. Even after the session, the suggestions were taken up and answered questions and explained the background why and why certain controls functioned in this way.

Many thanks to Jamie for this wonderful session!