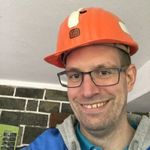 One of the biggest challenges in a Microsoft Teams Phone project is analogue devices. By analogue devices we mean all kind of intercom (door openers, elevator system, etc.), modem connections, fax machines, and of course analogue phones.

In every company we usually find at least one of these devices. Sometimes there are only a few, but sometimes there are hundreds. We cannot always replace these old devices with new SIP-based devices. From time to time there are technically no alternatives, but in certain circumstances, it does not make sense to replace them from an economic point of view either. Therefore, analogue endpoints are always a challenge in migration projects.

In the Microsoft Teams environment, it should be noted that not all phone options support the connection of analogue endpoints.
When you are going with Microsoft calling plans, there is currently no support for analogue devices. In case of Microsoft Operator Connect, you have to ask your provider, whether analogue devices are supported or not.

Therefore, most organizations opt for Microsoft Teams Direct Routing, where we have support for scenarios with analogue devices due to the Session Border Controller (SBC). This blog post describes how to configure and use it from a Microsoft Teams perspective.

Requirements
To implement analogue devices in our Teams Phone System environment, we need the following:

In most scenario’s a certified SBC already exists, because it is the requirement to implement Teams Direct Routing. A list of all certified SBC and ATA devices could be found here: 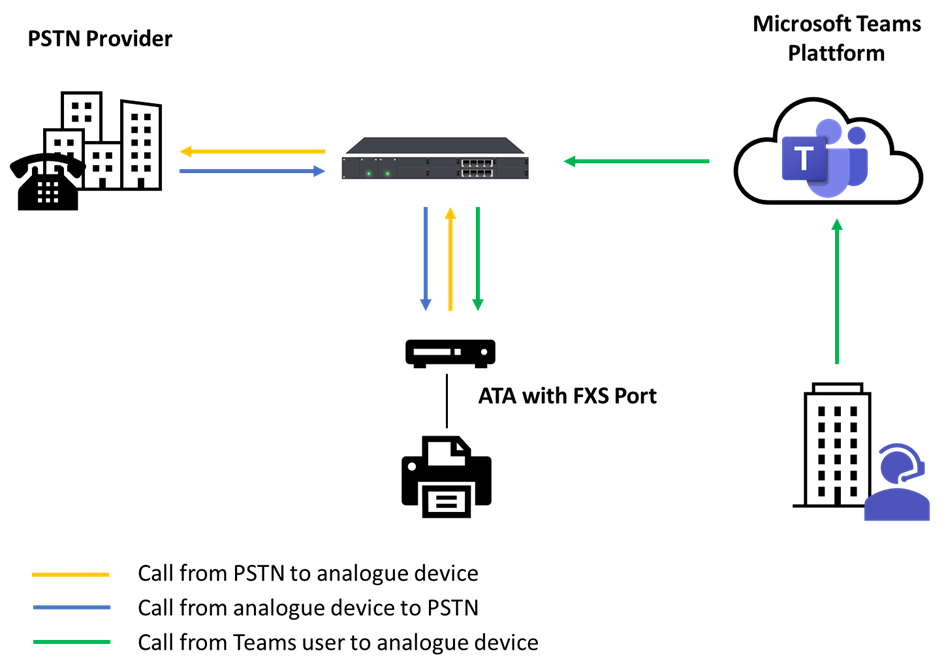 It’s very important to understand, that the call routing will be handled by the SBC and all call restrictions, number manipulations, call monitoring etc. must be achieved by the SBC itself. As long as there are no Teams users called by analogue devices, the call isn’t visible to or managed by the Microsoft Teams platform.

Going into detail - Example of the call routing 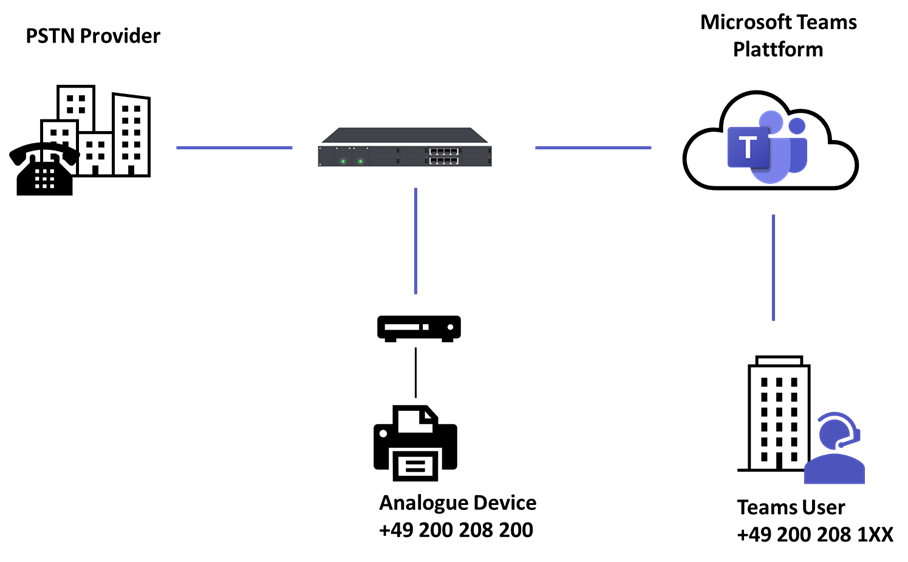 To route inbound and outbound calls, we have to configure the SBC routing table. For inbound calls from the PSTN or Microsoft Teams users to the ATA, we configure this rule:

Next, we need a routing rule for internal calls between the ATA device and Microsoft Teams. We configure the source number of the ATA and as destination the number range of our Microsoft Teams users (+49 200 208 1xx#):

Finally, we configure a rule for outbound calls from the ATA to the PSTN. For this, we create a more or less identically rule like before but this time, we enter * in the destination number field:

Now, we are ready to go and can test our call flow.

At this point, it should be noted that this is a very simple example, without call limitations. Therefore, this is not applicable 1:1 in a productive environment.

As always, unfortunately every silver lining has a cloud: if we connect fax machines or modems, everything is fine and the solution will work, no worry - a Teams user will never call a fax machine connected over an ATA device. But if we connect analogue phones to our environment and would like to call these devices from Teams, we have a problem.

Currently there is no solution to create contact objects for them and make them searchable in our Teams address book. For the end user it is quite hard to find them in Teams and give them a call.

Sometimes it could be an option to replace the legacy device by a new one. Analogue phones could be replaced by Microsoft Teams certified desk phones or with native SIP phones in combination with the new Microsoft SIP gateway.

Both phone types can be manged by the Teams platform and are fully integrated. The Microsoft SIP gateway was announced last week at Microsoft Ignite to become GA this month and will become a game changer.

Just a few best practices from my side for you:

Implementing analogue devices can be challenging. But with the right planning and preparation, it's doable with Teams Direct Routing and supported by Microsoft. If you have the required network infrastructure and you have just analogue phones, give the new SIP gateway a chance.

Bio
Thorsten Pickhan is a Microsoft Teams MVP and a Senior UC Consultant at glueckkanja-gab AG, where he is responsible for planning and deploying UC infrastructures based on Microsoft technologies. He works as a technician and consultant for more than 15 years and been specialized in Microsoft Lync/Skype for Business and Microsoft Teams for 8 years. From beginning of my UC consultant career, I was focused on Enterprise Voice implementations.

He is also the co-organizer of the Microsoft Teams User Group Germany and involved in the community as speaker and blog post author. Since March 2020, he has maintained his own Office 365 YouTube channel, publishing new video content for my weekly “Office 365 QuickTipps” channel. In a further YouTube project, together with his friend Michael Plettner, he released a German Microsoft 365 Talk.
You can find me on Twitter, LinkedIn and YouTube.