Turn on suggestions
Auto-suggest helps you quickly narrow down your search results by suggesting possible matches as you type.
Showing results for
Show  only  | Search instead for
Did you mean:
Overjoyed: Gaming Project Delivers Accessibility
By

This month, The MVP Blog is shining a spotlight on some of the community work our members are doing around the world.

In The Americas, we want to showcase the efforts of Developer Technologies MVP Anthony DeVergillo of New Jersey. Anthony lives with a rare disease called Duchenne Muscular Dystrophy, which means he is affected by severe muscle weakness that gives him little use of his arms and hands.

Even though he needs to use a power wheelchair, noninvasive ventilation, a feeding tube, and nursing services in his day-to-day life, Anthony chooses to provide an optimist’s guide to life to his family, friends, and colleagues. For example, he lives by the motto, “Despite my disability, my abilities have no bounds.”

As a developer, one of the ways Anthony spreads his optimism is through Overjoyed, a virtual accessibility controller that mimics a physical joystick and allows people living with a disability to play PC games with only their mouse.

“In November of 2020, I got the new Super Mario 3D All-Stars Collection, and I was super excited to play it because I have such nostalgia for those games,” Anthony recalled. “When I opened Super Mario Galaxy and finished the first level, it required me to save my game using motion controls, and that infuriated me because I could play the whole rest of the game, but I had to ask for help just to save.”

“I tweeted about it and was interviewed about my experience on a popular YouTube channel called GameXplain. That started me on the journey of accessibility,” he added.

This led Anthony on a journey to find more gamers who shared similar frustrations but were optimistic about making change, and this led him to discover the Playability Initiative by Numinous Games. This gave Anthony an idea and he decided to create a virtual joystick that would allow him and his new community of friends to play games that normally require a keyboard for the first time.

“So, I reached out on the Playability Initiative and I got responses almost immediately from several developers. That was when the development of Overjoyed began,” Anthony said.

Anthony soon began working on Overjoyed with his developer friend Jonah Monaghan from the Playability Initiative and was amazed when Jonah immediately agreed to not only help Anthony develop Overjoyed, but also help raise awareness of accessibility by streaming the development of the project live on Twitch.

“In the beginning, I knew nothing about coding in C# and using Visual Studio, so Jonah was the main developer and the face of Overjoyed on Twitch. I was in the backend moderating and planning the streams, testing the early development builds, and brainstorming new features,” Anthony added.

After a year of streaming their development, the pair had created and released a minimum viable product version of Overjoyed which they released as a closed alpha to their subscribers and friends. To raise further awareness, Overjoyed was also showcased at a rare disease self-care conference called One Rare Experience.

The early testing phase provided Anthony and Jonah with valuable insight and they went back to the drawing board to make numerous improvements to build a robust product. Around this time, Jonah was offered his dream job at Numinous Games where he worked on building their one-button game for children living with a disability called Painted Waters. Meanwhile, Anthony took it upon himself to learn basic C# and polish up Overjoyed by adding a GUI, advanced configuration options, and the ability to save settings while fixing minor bugs and issues.

“After a few months of development on my own, I released the open alpha version of Overjoyed. Thankfully, Jonah finished the beta version of Painted Waters in January and his company kindly paid him to continue Overjoyed development,” Anthony said.

Anthony called on any interested users to take part in Overjoyed’s open alpha. “You can help move Overjoyed forward by trying out the alpha version and providing feedback or by reaching out at adevergillo@gmail.com. Thank you!” Anthony said. 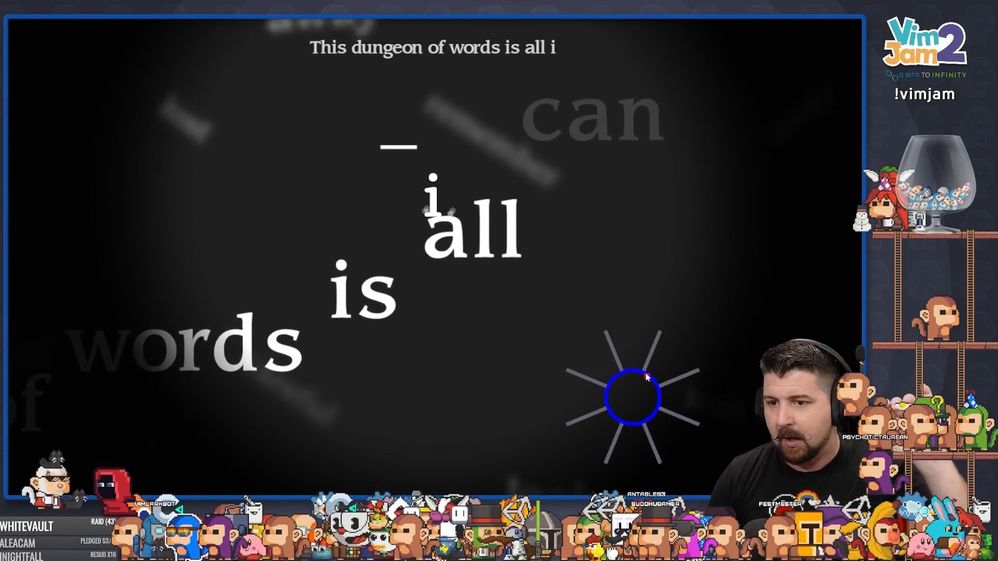