See how one woman maximized the impact of her Microsoft Certifications 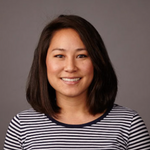 See how one woman maximized the impact of her Microsoft Certifications

Among all the personal narratives we’ve heard in this #ProudToBeCertified series, one common theme keeps appearing with individuals – sharing their personal stories is the boost people need to go after their goals. Whether pursuing Microsoft Certifications to start a career or move it forward, to chart a new professional path, or to gain the confidence needed for job security, every person’s journey has had a moment where they connected with others – sharing their challenges and triumphs. Very few people out there exemplify this feeling of being a part of a larger community as much as Bidemi Muibudeen.

Bidemi did not start out on a technical path. Up until 2020, she worked in a sales role. While in that job, she sometimes needed access to certain web pages and kept getting an error message that told her she needed to contact an administrator. This made her wonder, why couldn’t she be an administrator to get the access she needed. “I was very curious,” she says, “So I started searching the exact error messages I was getting.“ This led her to Microsoft Docs, but to understand what the documentation was talking about, she then turned to Microsoft Learn. That’s when a whole new world opened up for Bidemi. “Really,” she continues, “certification wasn't the major thing I wanted to do then. I was just really curious about learning things.” And with Microsoft Learn she found herself picking up new skills that piqued her interests. “Eventually certifications came in because I wanted proof of what I'd done or what I'd learned.”

Before long, Bidemi started giving herself goals; to hold herself to them, she announced a big one on Twitter: “I wanted to write all six fundamental Microsoft Certifications.” In three months she had done it. “I was able to show everyone that, considering my background or that I didn't have any knowledge of this topic beforehand, I was still able to achieve my dreams." As she progressed through her journey, Bidemi updated the Twitter community on her progress to keep herself motivated.

By sharing her learning journey – certification achievements, process, successes, and struggles – she believes she helped others feel confident to start their own. “People from my own company started taking out their own certification as well, because ‘Bidemi did it, so why can't I?’

Being curious and finding her unique way to stay motivated – that’s how Bidemi started her move from a sales role to a technical role using the resources on Microsoft Learn. Moving at her own pace, Bidemi has followed the path she set out for herself. Her process was simple: “I check out all the examinations that Microsoft has on Microsoft Learn.” She looks for the certification that fascinates and aligns with her plan, then she goes for it.

From the very beginning, Bidemi’s certification journey wasn't just about studying to pass. “It was also about wanting to make an impact. It was about being able to talk, to converse comfortably in whatever topic that that certification covers.” She wants others to see her story and know that there’s a community of people out there finding their way through the same things.

In just a year, Bidemi was able to land a position as an infrastructure engineer through dedication, careful planning, and her network’s ongoing guidance. People often say to her ‘You have to be the first person from a sales background to transfer to the technology side in a global administrative role.’ And she’s more than happy to tell them her story and hear theirs. As she puts it, “If I don't share my work, what exactly is the point?”

Key to success: Tap into your certification community

In her ongoing journey, Bidemi often seeks support from others. And the Microsoft Certification community has come through for her as well: “People are always willing and ready to help with whatever topic you have issues with.” She discovered she could share her questions and find help fast.  ‘Hey,’ she might post, ‘I'm trying to take this exam and looking for a particular fact.’ And before she knew it, people would start sending her resources. “The help you get from the community,” she says, “the amazing people who are ready to embrace you and welcome you to being one of them – really, it creates a sense of belonging.”

The community she discovered has been key to her success. “After passing the exam,” she says, “there was this feeling of elation, of fulfillment.” With the help of Microsoft Learn and the larger community, she had gained new skills and newfound confidence and connection. “For me, it was a source of joy” as she kept receiving messages of support and encouragement. 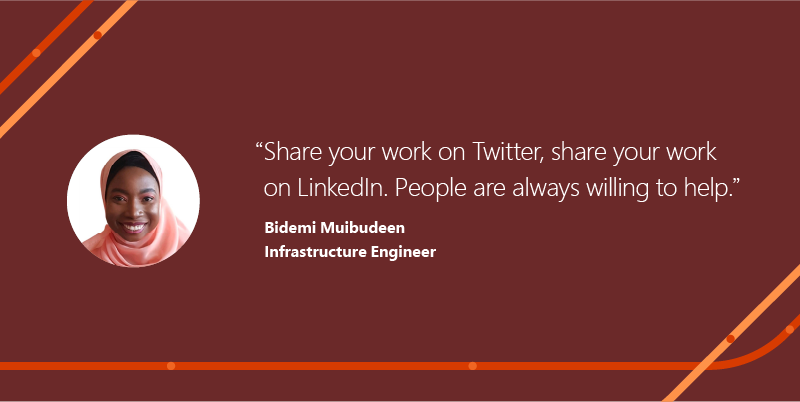 Telling your story benefits everyone, including you

By sharing your experience and hearing from others through #ProudToBeCertified, you initiate a cascade of benefits. It all starts when you check out the latest videos and submit your own stories on Twitter, LinkedIn, or your preferred platform with #ProudToBeCertified.