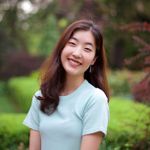 Custom indicators of compromise (IoC) are an essential feature for every endpoint solution. Custom IoCs provide SecOps with greater capacity to fine-tune detections based on their organization’s particular and contextualized threat intelligence. Microsoft Defender for Endpoint supports a robust and comprehensive custom IoC platform.

In this blog, we will discuss recommendations for using custom IoCs to maximize their capabilities. In addition, we will provide recommendations for customers who ingest large threat intelligence (TI) feeds (beyond our limit of 15,000 indicators per tenant) or have more complex rules. However, note that the more indicators are added, the more management is needed.

Each time an IoC is allowed, it opens new attack vectors as well as increases the IoC count. We recommend that you limit the number of allow IoC policies that bypass Microsoft Defender Antivirus, SmartScreen, attack surface reduction (ASR), or web content filtering blocks.

Allow IoC is used for exclusion management. If there is an entity that is blocked by Microsoft Defender Antivirus or SmartScreen that you do not want blocked on your devices, you can add a policy to allow for the entity you want to unblock. Additionally, you can keep your ASR or web content filtering rules but exclude certain entities that would have been blocked by those rules. According to the conflict handling guidance, the custom IoC will win over ASR and web content filtering rules and Microsoft Defender Antivirus and SmartScreen ratings.

Third party threat intelligence (TI) can give insight into recently released malware or malicious websites. Ingesting these feeds can enrich your cybersecurity telemetry and give your devices an extra level of security. Custom IoCs provide the ability to import these feeds and block or monitor these entities.

We recommend setting an expiration date when ingesting recently added or relevant indicators to your organization to minimize the common overlap between third party TI and Microsoft TI that feeds solutions like Microsoft Defender for Endpoint. Setting an expiration date can also remove aged indicators that are more likely to have already been blocked by Defender Antivirus, and can make room for newer intelligence.

Many of our customers use custom IoCs to ingest third party TI feeds. For example, many of them integrate MISP with Microsoft Defender for Endpoint. MISP is a free, open-source platform to share indicators and it consolidates many TI feeds. They import the previous few days' worth of indicators, set the action to block these indicators, generates alerts, and set an expiration date of 3 days. Then, after the expiration date has passed, they push a new set of indicators from the previous few days.

Other enterprise customers have opted to directly import indicators from third party intelligence feed APIs such as PhishTank and Phishunt.

Defender for Endpoint already detects this type of duplicate indicator and does not import it. If importing through the portal, Defender will automatically update the existing policy with the new expiration date and alert severity/details if they differ from those of the previous policy.

To detect existing conflicting IoCs, execute this PowerShell script which detects and reports them.

Many indicators are already blocked by Defender Antivirus or SmartScreen, and therefore don’t need an IoC block policy. You can use the Virus Total API to verify whether Defender already blocks the entity and if so, not import the indicator.

For example, when looking at the ThreatFox feed from abuse.ch, 94% of the SHA 256 indicators are already blocked by Defender AV and therefore don’t need to be imported.

Note: The Virus Total Public API has a limit of 4 requests/minute while the Premium API allows for an unlimited number of requests.

Defender for Endpoint allows for importing of SHA256, SHA1, and MD5 hashes. There can be hash collisions, however, where there are different types of hashes for the same file, resulting in only the longer hash’s policy being applied.

Application control capabilities, such as those that are included in Windows 10, or its predecessor Applocker, can also restrict execution based on allow or block lists. If file and cert indicators are also blocked by an application control solution, then the file/cert IoC is a duplication and should be removed.

Our final recommendation is to periodically go through your indicators and clean up ones that may no longer be relevant, such as indicators with no expiration date. To help with these periodic reviews and revisions, a best practice is to add a description with a reason whenever an indicator is added.

We hope that you’ve found this guidance useful in offering recommendations and best practices to optimize the usage of custom IoCs to ingest an organization’s particular and contextualized threat intelligence. Let us know your feedback and questions and check out the additional resources below!

How can we check the following?

"have already been blocked by Defender Antivirus"

Please let me know if there is a way to see if IoC is blocked by Defender Antivirus.

Is there a way to get Sigma rules into Defender ATP via the api?