Turn on suggestions
Auto-suggest helps you quickly narrow down your search results by suggesting possible matches as you type.
Showing results for
Show  only  | Search instead for
Did you mean:
Tough Questions Answered: Addressing Account Lockout via Adjusting Lockout Threshold in ADFS
By 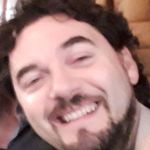 This time I was involved in a root cause analysis on a customer site after a brute force attack vs some ADFS endpoints.

Let me give you an overview of the infrastructure.

The customer environment is very huge and complex, but I have simplified it in the following picture:

Has you can see we have two forests one is a logon forest (where the users are) and one is a resource forest, where we have the ADFS Servers that are running.

In this table you can find the server version of the environments:

The Customer unfortunately was recently exposed to a brute force attack, and even if they had configured the ADFS Extranet Lockout, multiple accounts was locked outs, (more important the Senior Admin account was also locked out!).

The Customer want to understand why this happens even if the Extranet Lockout is enabled.

To reproduce this problem, we involved the security team of the Customer (a big thanks to them!) for generating a brute force attack against the ADFS Servers. (don't ask: which tools have you used? I can't tell you)

In short: the authentication from the Contoso ADFS forest to the Fabrikam logon forest, sometime are directly done by the PDC, but sometime other DCs in the Fabrikam forest authenticate the User01, in this case the DC forward the Authentication to the PDC , because it is a badpwd logon attempt, this cause 1 more 4771 event.

Trick: count the number of 411 events on the ADFS infrastructure, for a specific user, if you want to verify that you received more authentication attempt than the "Account lockout threshold".

So, we have verified that, during a brute force attack, if you have a low difference between the "ExtranetLockoutThreshold" and the "Account lockout threshold" on the Domain Controllers, you can have some accounts that will go in Locked-out.

This is due to the time necessary from the DCs in the FABRIKAM forest to send back the info (badpwdcount) to the ADFS Servers in the CONTOSO forest, usually in milliseconds, but in those milliseconds, we can receive other authentication requests that will lock the accounts.

To mitigate this behavior, you can increase the "Account lockout threshold" on the DCs to a more bigger value.

For your enterprise a good value is 50, but it is also better to increase the "Account lockout duration" to 15 min or more.

If you want to say "BYE BYE" to the brute force attacks, you can implement Azure MFA (Multi Factor Authentication).