Turn on suggestions
Auto-suggest helps you quickly narrow down your search results by suggesting possible matches as you type.
Showing results for
Show  only  | Search instead for
Did you mean:
Does Your Organization Have Plans to Upgrade from Windows Server 2008 R2?
By 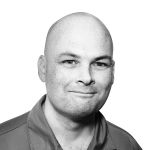 Does Your Organization Have Plans to Upgrade from Windows Server 2008 R2?

What’s interesting in the case of Windows Server 2008 and Windows Server 2008 R2 is that, 8 months out from the end of support date, the operating systems are still very widely deployed. When I’ve talked about Windows Server 2019 at conferences around the world and informally surveyed my audience, most in the room will admit to still managing a substantive number of servers running the operating system. (A good number of the audience still admit to having 2003 servers lurking in their datacenters, but let us not open that particular can of worms!)

When I’ve talked to IT Pros as to why their organization hasn’t move to a newer version of the operating system, I’ve received a variety of responses. Everything from a lack of resources to perform the migration, through organizations having bigger fires to put out, to some simply finding that 2008 and 2008 R2 do their job pretty well, so up until this point in time, it’s been hard to make a compelling case to management for the need to upgrade.

Beyond the fact that unless you have a support agreement with Microsoft, you won't get any updates beyond January 2020, there are other good reasons to move to a more recent version of Windows Server. When Microsoft stops supporting an OS, vendors follow suit. It won't just be your OS that's unsupported, but you'll likely find that any applications and drivers you are using with the operating system won't be supported either. Support isn't just a matter of "if it's broken, they won't help us fix it" but is increasingly a matter of "if it isn't supported, we aren't able to meet our compliance obligations" as quite a lot of compliance regulation specifies that workloads must be run on platforms supported by the vendor. The pragmatist's argument "it's not supported, but it still works anyway" is unlikely to pass muster during a compliance audit. While management might be reluctant to release funds on the basis of a technical argument, they might be more willing to open the wallet if not doing so might lead to compliance headaches.

What we’d love at IT Ops talk to hear in the comments of this post is, if your organization hasn’t migrated from Windows Server 2008 or Windows Server 2008 R2, why you think that’s the case? Are there resources we can provide for you that would assist you with the process? If you have Windows Server 2008/2008 R2 deployed, is end of support something that you’re actively worried about, and if not, why not?