Bring back ad hoc meetings to your remote workers! 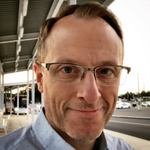 Bring back ad hoc meetings to your remote workers!

I’ve had entire projects and my career pivot around who I’ve bumped into at the office at any given time. Whether it was the time a thoughtful co-worker shared why they were leaving the company or the time an Account Executive revealed a resource who could solve my customer’s exact problem, chance 1:1 encounters play a big part in our success.

With so many of us working from home, these chance encounters have been relegated to the small talk that happens in the first few minutes of our virtual meetings. This idle chit-chat does little to provide what those ad hoc meetings did:

Of course, not every encounter was a panacea. There were occasions when it was a waste of time, but on the whole, I’d wager that I got more benefit out of them in the long run.

This scenario became top of mind recently when I heard a Development Manager reflect on her staff lamenting the loss of these interactions. The team was looking into how to safely reopen their office as a result, perhaps in shifts or via some other means.

As an Industry Executive in Capital Markets at Microsoft and someone that doesn't code, it was daunting at first to take this on. I thought about this challenge and how I could solve it. First, I outlined the basic requirements:

Next, I dusted off my low-code/no-code skills and decided on Microsoft 365 and the Power Platform to solve the problem. I leveraged a simple SharePoint list with 4 columns and a PowerApp with 5 basic screens to meet the requirements, starting with the PowerApp. I named it "Water Cooler."

The app starts with a Splash Screen on a timer. From there, employees enter their information, view a list of potential co-workers to meet with, and schedule the meeting. The functionality seemed pretty basic, but powerful.

Screens of the Water Cooler App

If you aren’t familiar with Cortana’s scheduling capabilities, I recommend checking out a previous article I wrote about her over on LinkedIn.

At this point, the app worked well, but I still didn’t provide a way for people to randomly connect. I felt surfacing a random co-worker was a key component to recreate since it reflected the randomness of bumping into someone at the office. For this, I had to stretch my low-code/no-code expertise.

To do this, I cheated. I took the second screen (above) and shuffled the list. When someone clicked the “Bump into someone!” button, the list would shuffle and an image would appear to block the remaining results – instant random person!

The app makes for a compelling use case to solve a challenge we're all facing right now, facilitating random connections to gain new perspectives. For technical notes on what is required to get the app up and running or to get the PowerApp and Power Automate code for yourself, check out the repo over on GitHub. Don't forget that because it's a PowerApp, it can be deployed right inside Microsoft Teams!

If you would like to showcase this app or see it in action, you can check out the video below!