[Amplifying Black Voices] Language is everything 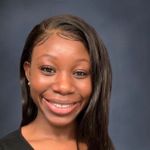 [Amplifying Black Voices] Language is everything

This blog was written by Microsoft Software Engineer, Dolapo Martins, as part of the Amplifying Black Voices blog series. Dolapo takes us through her journey as a Black linguist and computer scientist.

Yoruba, English, French, Spanish, Ancient Greek, Latin. All languages I have learned in some capacity, all tied to rich cultures that have influenced the world in myriad ways. Born in Nigeria to a Yoruba family living in Prince George’s County, Maryland, I recognized early on how critical language is to individuals, cultures, and the world at large. After all, it is one of the core ways by which we identify a people.

From the Scholastic Book fair in grade school to my studies at the University of Maryland, College Park, I have steadily forged a path shaped by my passion for language, both natural and artificial. I transitioned from self-studying Egyptian, Norse, and Greco-Roman mythology in high school to studying Computer Science (B.Sc), Linguistics (B.A.), and Classical Languages and Literature (B.A.) and now a Master’s in Computational Linguistics. This shaped my career trajectory in profound ways. While computing and linguistics combine well, I found that studying languages such as Ancient Greek and Latin were more interesting to the recruiters and executives I met at conferences.

Languages impacts every aspect of our daily life – it is how we can so richly communicate! Understanding the mechanisms of language acquisition, as well as the syntax and grammar of languages that influenced so many others was a surprising attractor. As a software engineer, being able to quickly pick up a new language is critical and the skills I gained in learning two influential languages increased my ability to be language agnostic in computing.

Language is also core to my interactions with others, Black or not. In my tech internships, I paid attention not only to the language used around and toward me as a Black female software engineer, but also to the language I used. There is something about being the first at a company, even as an intern; it impacts everything. When considering my full-time offers, I knew that using language authentic to myself (not code-switching) was particularly important to me and I wanted to underscore that there is no such thing as “correct English”. My training as a linguist made me cringe at myself for code-switching. I was tired of seeing different dialects of English being devalued and assessments made on someone’s technical prowess just because they spoke “differently”. This extended not only to people like me, who can and do speak AAVE, but to others with different accents or speech impediments.

When I joined Microsoft, I joined largely because I saw myself in my management chain and felt I could be myself, whomever I was, unencumbered. I love seeing Black people in tech because we get to enrich the tech world and bring our much-needed ways of thinking, being, speaking. Black is not a monolith and the diversity we bring is refreshing. 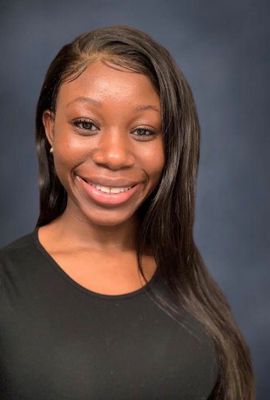 There are few conversations in tech and the corporate world-at-large regarding what has been normalized as “professional” ways of speaking and what is not. Both within and without the Black community, it has been my experience that AAVE is sometimes looked down on as some colloquial, ill-educated, slang version of English. As a Black linguist, let me dispel that notion completely. AAVE is morphologically rich and has its own syntax its own rules.

In my day to day, I show up as me. As a Black woman, as an engineer, as a linguist, a plant mom, etc. I have been fortunate to have mostly wonderful experiences in tech but too often I notice where gaps exist for supporting and amplifying languages. I think about Hindi being spoken by more people than English, yet large language models perform very poorly in that language. I think about which languages require language packs after a product has been released because making technology accessible in that language was an not possible or an afterthought. I think about how a more connected world has come with an alarming rate of language death and cultural erosion. And I think about how funny it is trying to speak Yoruba to AI companions. Even coding is predicated on use of English terminology!

Working as a software engineer has been quite an experience. I have thoroughly enjoyed being at Microsoft and the problems we solve in every area of our business, though I recognize we have some ways to go. My path here has been linear, but it was built on identifying my passion and sharing it. I always aim to encourage others to pursue their passion, to exemplify excellence in my profession, and be authentically me. I would not have it any other way.

There are several free apps to learn a new language.