Re: The recording title doesn't match the meeting title

And in the case that's happening right now, for example like this, in their Teams calendar, they have a Meeting with a title like the following 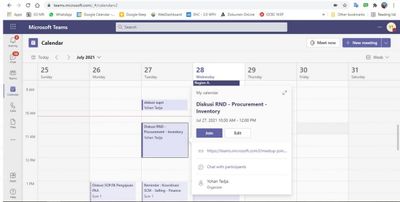 but when they finished recording the meeting, the title that appeared on the microsoft stream became like this

The title that appears, should be the same as the title of the meeting, right? But it turned out to be like that