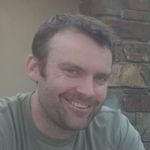 Today we are releasing to our Beta customers a new capability that will revolutionize how you build formulas in Excel. Excel formulas are the world’s most widely used programming language, yet one of the more basic principles in programming has been missing, and that is the ability to use the formula language to define your own re-usable functions.

With LAMBDA, you can take any formula you’ve built in Excel and wrap it up in a LAMBDA function and give it a name (like “MYFUNCTION”). Then anywhere in your sheet, you can refer to MYFUNCTION, re-using that custom function throughout your sheet. I’ll show a couple examples below.

Reusable functions is reason enough to start taking advantage of LAMBDA, but there’s one more thing… you can do recursion. If you create a LAMBDA called MYFUNCTION for example, you can call MYFUNCTION within the definition of MYFUNCTION. This is something that before, was only possible in Excel through script (like VBA/JavaScript). I’ll also show an example below of how you can leverage this to build things that were not possible before without writing script.

One of the more challenging parts of working with formulas in Excel is that you often get fairly complex formulas that are re-used numerous times through the sheet (often by just copy/pasting). This can make it hard for others to read and understand what’s going on, put you more at risk of errors, and make it hard to find and fix the errors. With LAMBDA, you have re-use and composability. Create libraries for any pieces of logic you plan to use multiple times. It offers convenience and reduces the risk of errors.

For example, imagine I have a list of station IDs, where the state is encoded in the ID, and I want to pull that value out:

There are many ways to do this with Excel functions, here’s how I did it (I’m sure many of you have much more efficient ways to doing this… forgive me… I know for example the team would remind me I should take advantage of the LET function)

If I take that formula and copy it down the column, I can get the results shown in the table above.

There are two challenges with this approach:

Using LAMBDA, I can create a function named GETLOCATION, and put the formula logic in the definition for that function.

Notice I specify the arguments my function will take (in this case stationID) and the logic for my function. Now in my spreadsheet, I can simply write GETLOCATION as a formula and reference the cell that has the stationID, just like any other Excel function. If I notice I have an error, I fix it in one place, and everywhere that uses that function is fixed.

Another added benefit, is that I can now compose that function with additional logic. For example, if I had a table of tax rates for each location, I could write this simple formula to return the rate based on the stationID.

OK, lot’s more to drill into here around how you can use this capability to build up a rich set of function libraries, make your sheets easier to understand and less error prone, etc. These functions can even take data types as arguments. We’ll post an example later of a custom function that takes two cities as input and calculates the distance between them using the geo coordinates and the radius of the earth to perform the calculation.

Let’s shift into the other big impact this will have on what you can build in Excel. This one is a bit more complex, but is pretty revolutionary for us… recursion.

One of the big missing pieces in Excel formulas has been the ability to loop… to repeat over a set of logic at a dynamically defined interval. There are ways that you can manually configure the interval at which Excel recalculates to mimic this to an extent, but it’s not inherent to the formula language. That changes with LAMBDA.

Let’s take an example, albeit a bit contrived, but it’s a simple way to get the point across.

Imagine I have a set of strings, and I want to specify which characters should be removed from those strings dynamically:

Because the set of characters you’re specifying are not static, there really isn’t any good way of doing this. If you knew it was always a fixed set of characters, you could do a ton of nested logic, but that would be pretty complex and error prone to author. Not to mention, if the number of characters to be removed was larger than what you’d accounted for, it would fail.

With LAMBDA, we can create a function called REPLACECHARS that references itself allowing you to iterate over the list of characters to be removed:

Notice that in the definition of REPLACECHARS, there is a reference to REPLACECHARS. The IF statement says if there are no more illegal characters, return the input textString, and otherwise remove each occurrence of the leftmost character in illegalChars. Recursion kicks in with the request to call REPLACECHARS again with the updated string, and the rest of illegalChars. This means it will keep calling itself until it has parsed over every character to be removed, giving the desired result.

If you’ve been following the Excel improvements over the past couple years, you probably noticed two significant improvements with the type of data you can work with in Excel:

Let’s take an example... I have a list of cities, and I want to calculate the total distance I’d travel if I were to go to each city in order.

If you are in our Beta program, you can try it now yourself. We’d love your feedback as we continue to improve on this new capability.

There are three key pieces of =LAMBDA to understand:

Let’s look at an example which creates a basic lambda function.

Suppose we have the following formula:

In this, x is the argument you can pass in when calling the LAMBDA, and x+122 is the logic.

For example, suppose you called the lambda and input the value 1 for x, Excel would do the following calculation:

Which, as we all know:

But how do you use these? If you've been pasting our examples into Excel, you may have noticed some #CALC! errors. To resolve those, you'll need to learn the next step.

To give your LAMBDA a name so it can be re-used, you will want to make use of the Name Manager.

The Name Manager can be found in the Ribbon by going to:

Name: The Name of your function

Comment: A description and associated tooltip which will be shown when calling your function

Refers to: Your lambda function definition

Once you’re done, you can hit “OK” to store your lambda and you should see the definition returned in the resultant window.

And that’s it! Now you can make use of your newly crafted custom function in the workbook by calling it by its name.

To put it simply, you call a lambda function the same way you call native functions in Excel.

To illustrate this, lets revisit the previous example and show how to call MYLAMBDA with a value.

Which of course returns the value:

One last thing to note, is that you can call a lambda without naming it. If we hadn’t named the previous formula, and just authored it in the grid, we could call it like this:

This passes in 1 for x, which returns

Just the beginning... join us for the journey

As you’ve probably noticed, we are improving the product on a regular basis. The desktop version of Excel for Windows & Mac updates monthly, and the web app much more frequently than that. We have a ton of improvements already planned for LAMBDA, but we’re looking to you for feedback along the way. One that I can tell you gets me every time is the experience of editing in the name manager... definitely lots of room for improvement there. We’ll also add some more array manipulation functions in the coming months that will help you build even more powerful lambdas taking more advantage of dynamic arrays.

Join the Office Insider Program and choose the Beta Channel to get early access to LAMBDA in Excel.

To give feedback and suggestions, click Help > Feedback, and Add #LAMBDA in your feedback so that we can easily find input about the feature. You can also post in the Excel Tech Community.

Stay connected with us.  Join our Excel Tech Community and check out this LAMBDA sample. Let us know what you think and we’d love to see what you build with LAMBDA!

To learn more about LAMBDA, please check out our help article and in the meantime we are excited to hear more from you about the LAMBDA formulas you have created!