Hello insiders!  Today we released build 77.0.230.2 to the Microsoft Edge Dev Channel.  There were quite a few fixes and additions this week that we believe are significant enough to mention:

Fixes for improved reliability and stability:

As always, thanks for being an insider, and keep sending us all of your valuable feedback and suggestions! 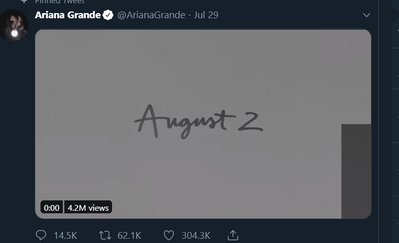 @josh_bodner Cheers for the update!

Was this icon change intentional? 🧐 I seem to have gotten the Edge icon without the green "dev" banner. 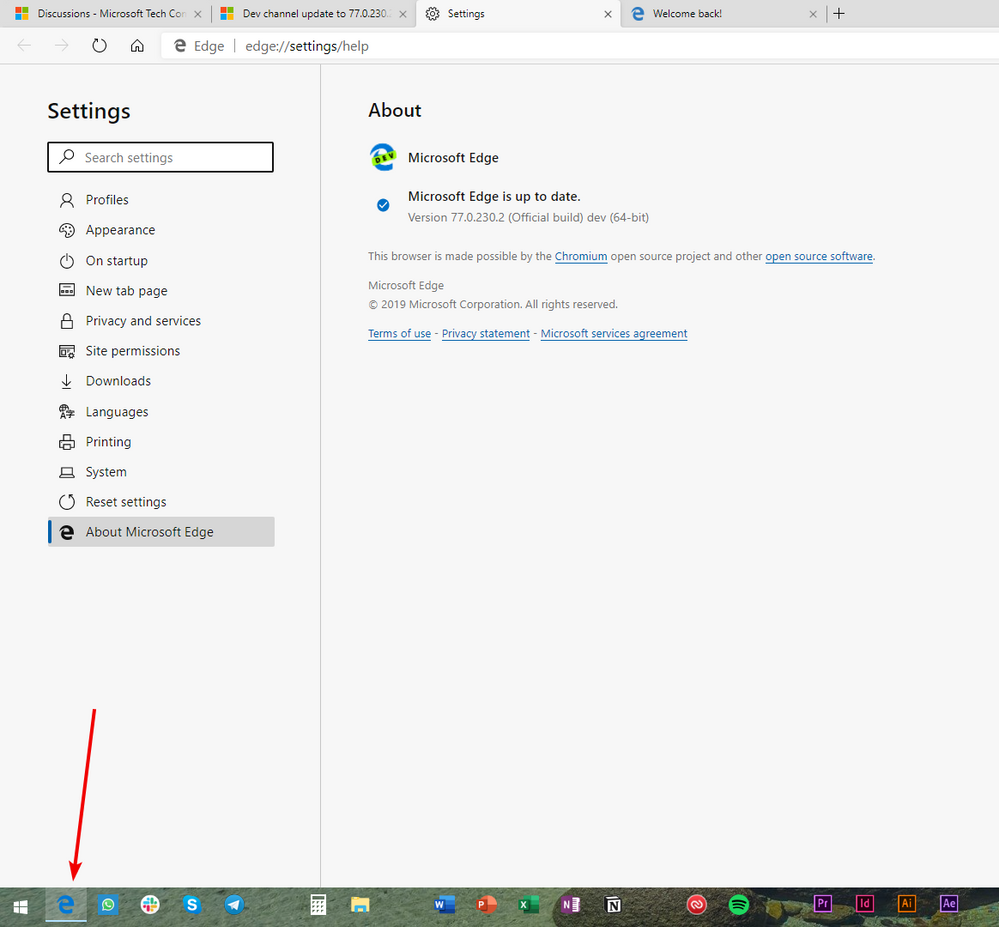 when are going to fix the favorites bar folder behavior?

If I open a folder and the mouse cursor is not fully above the favbar, I can't move to another folder directly.

The mouse cursor has to be like this, example:

I just checked mine and I have the green banner on edge dev...

@josh_bodner  How does "Added the ability to mark up screenshots with ink." work exactly? What I mean is, does Edge dev has a builtin screenshot functionality having inking abilities now and if so where do I find this functionality. I did a quick search for it and nothing stood out to me.

I can confirm Twitter videos have severe performance degradation on 77.0.230.2 (but the 4K 360 bug seems to be fixed on YouTube?).

Ah! Maybe the icon switcheroo is a weird bug on my end.

Mine's the same as before but I wish it changed because I don't like the green stripe at all.
0 Likes
Reply

@savuialex I'm on Windows 10 1803, but perhaps a bug related to this upcoming change. Once it's out of dev, the stable build won't have any stripes or unusual colors, most likely.

The actual Chromium Edge Dev executable has the correct icon, but just the taskbar icon is off. Not a serious bug, but it's made me wonder if the stable build isn't too far away? Microsoft is using Chromium 77; meanwhile, Google will release Chrome 77 Stable on September 12th. I wonder whether Edge canary / dev / stable will follow Google's release schedule. Just yesterday, both dev builds aligned: 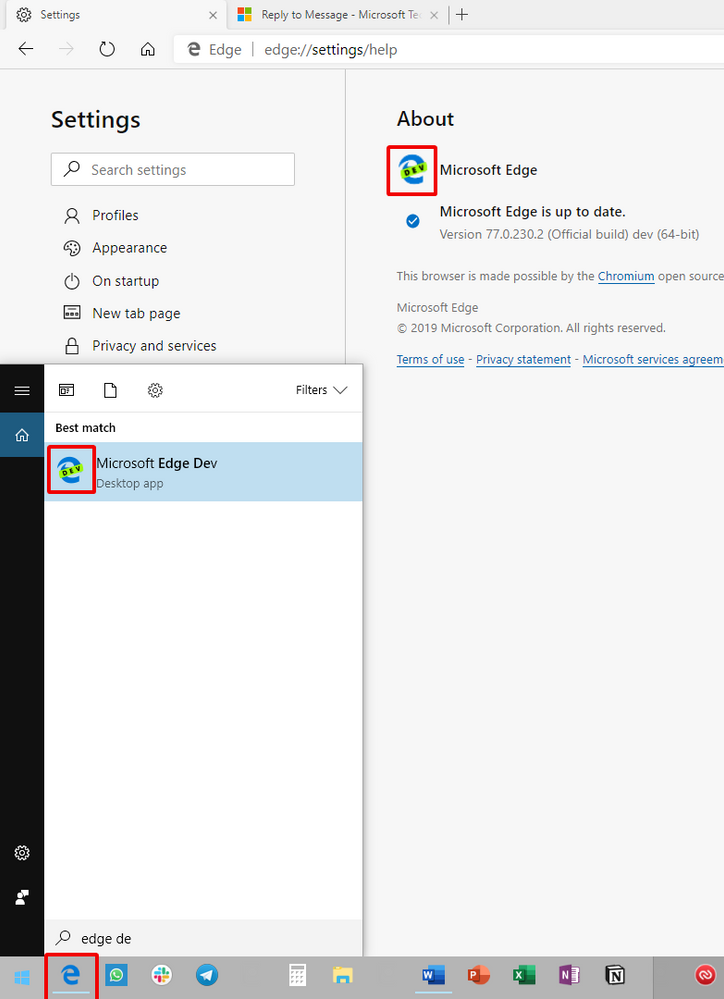 @ikjadoon I hope this is intentional. The "dev" banner is kinda ugly and as a dev, I already know what branch I am using; there is no need to see it on my taskbar.

The latest update has fixed the problem with the Lastpass extension becoming corrupt when updating Edge Dev.

The newest update also has a nice minor change to the InPrivate icon that makes it easier to see.

Another nice minor change with version 77.0.203.2 is that opening "managing printers" now defaults to the modern Windows 10 Printer and Scanners instead of the classic printers section from Control Panel.

@jeffbrown66 For me, LastPass and Norton Safe Web have been fixed for the last couple of updates or so...

How can we prevent videoes on sites from automatically playing. in the regular edge you could go to advanced etc. in settings and stop them, but can't find anywhere in current settings on this Edge version to do that? @josh_bodner

@josh_bodner  How do we stop videos from auto playing on sites. On the usual Edge we could go to settings .. advanced and there was setting to stop them playing, can't find that in this version of edge.

@Sdfendor  I'm trying to figure out the same thing. I really could use this feature but I'm not even sure how to use it.

Well, then I am not sure what happened. The two prior Edge Dev updates before 77.0.203.2 corrupted Lastpass and required a repair to work properly.

how did you do the space between apps in taskbar ? i use win10