In the current threat landscape, success of security operations depends on the ability to respond quickly to threats in the environment.  A key part of the agility needed to respond to the volume of threats detected by many systems, is automation in both detection and response processes.  To implement security monitoring, detection, and response at scale from a networking perspective, in addition to having visibility into the traffic traversing through your network devices and detection logic to identify malicious patterns in the network traffic, you also need automation to surface threats to SOCs/security analysts and allow them to take swift response/remediation actions to mitigate the threats.

Readers of this post will hopefully be familiar with both Azure Firewall which provides protection against network-based threats, and Azure Sentinel which provides SEIM (Security Information and Event Management) and SOAR (security orchestration, automation, and response) capabilities.  In this blog, we will discuss the new Azure Firewall Logic App Connector and Playbook Templates which provide deeper integration for Azure Firewall with Azure Sentinel.  With this integration, you can automate response to Azure Sentinel incidents which contains IP addresses (IP entity), in Azure Firewall.  The new Connector and Playbook templates allow security teams to get threat detection alerts directly in a Microsoft Teams Channel when one of the Playbooks attached to an Automation Rule triggers based on a Sentinel detection rule.  Security incident response teams can then triage, perform one click response and remediation in Azure Firewall to block or allow IP address sources and destinations based on these alerts.

In case of an attack or a compromise, a malicious adversary or malware may employ a variety of techniques to discover, infiltrate into and exfiltrate data from a target environment.  The traffic representing these malicious activities will flow in and out through the network ingress and egress points where it will be processed and logged, ideally by a firewall controlling internet access.  The data logged by firewalls processing internet egress traffic can be analyzed to detect traffic patterns suggesting/representing malicious activity.  Azure Sentinel provides many such in-built rules to detect malicious traffic patterns through Azure Firewall logs.

The new Azure Firewall Connector and Playbooks can be added on to this workflow, whereby the Automation feature in Azure Sentinel can be used to trigger one of the Firewall Playbooks when an incident with an IP entity is created (by an Analytic rule-based detection), to take desired action.  When the Azure Sentinel detection rule criteria is met, the attached Playbook is triggered which sends an adaptive notification to a Teams Channel defined in the configuration.  The adaptive notification allows the SOC team to triage the notification and either act on the alert by blocking specific IP sources or destinations or to ignore the detection as false positive, as defined in the Playbook.

Up until now, customers could create their own Logic App Connector for Azure Firewall and Playbooks.  We are excited to announce availability of the Custom Logic App Connector along with three new Playbooks Templates for Azure Firewall which can be used with Azure Sentinel Automation feature and Analytic Rules to take a variety of desired actions, in case of a detection.  The solution package contains four components:

The table below summarizes playbook support for the Firewall Standard and Premium policy types:

The steps below provide an overview of the end-to-end Playbook and Connector workflow:

All three playbooks work in a similar fashion, the only difference being the action performed by the specific playbook.  To learn more about the end to end workflow of each workbook, please visit the Azure Sentinel GitHub repo page for Azure Firewall here.  You can click on the Connector and Playbook links to get more details.

What Customizations Can be Done

You can also customize the playbook templates to your preference.  Existing playbook logic can be modified or removed, and new logic can be added to the playbooks to meet your specific requirements.  Below are a couple of examples of the customization that can be made:

The Azure Firewall Logic App Connector and Playbooks can be deployed directly from the Azure Sentinel GitHub repo page by clicking the Deploy to Azure button.

Please review the deployment prerequisites (pre-deployment configuration) and the post-deployment steps below to successfully deploy, configure, and start using the automation.

You must have an existing Azure Firewall Standard or Azure Firewall Premium, Firewall Policy and IP Group deployed in the environment.  The following dependencies should be understood, and prerequisites must be completed before you begin deploying the Firewall Connector and Playbooks.  You should have the required permissions to make these changes. 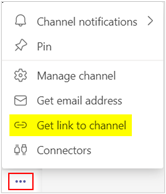 Deploying the Firewall Connector and Playbooks

After completing the deployment prerequisites, you are now ready to deploy the Firewall Connector and Playbooks.  To deploy, please use the following instructions

After the deployment of Firewall Connector and Playbooks is complete, you should see a total of sixteen new resources in the target Resource Group.  The new resources will include a Logic App Connector for Firewall, three Logic App Playbooks, and twelve API connections (three APIs each for OAuth, VirusTotal, Azure Sentinel, and Teams).  Please follow the below steps before the Playbooks can be used. 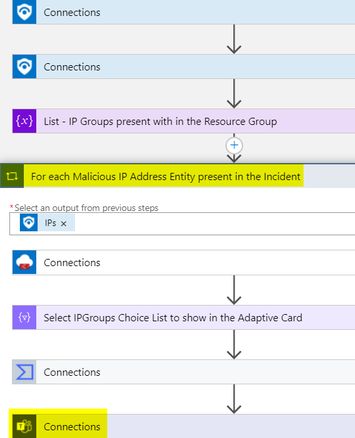 Congratulations!  You are now ready to use the Azure Firewall playbooks with Azure Sentinel rules.

To see how the playbooks and the connector work together, please use the following instructions:

Now that the Automation rule has been created and is enabled, when the condition defined in the Analytic Rule is met, Azure Sentinel will trigger the playbook attached to the Automation rule.  This will send you an adaptive notification card in the Team Channel you have specified in the configuration.  You can then click on the different options available in the Teams adaptive card to make changes to the target IP Groups, TI allow list or the Network Rule Collections.

For testing the playbook workflow, you could create a custom Analytic Rule and then generate the traffic to trigger the playbooks.

Azure Firewall logs can help identify patterns of malicious activity in your network.  Azure Firewall Connector and Playbook templates can help expedite SOC triage with Teams notification and rapid mitigation with on-click response/remediation in case of threat detections.  We encourage all customers to utilize these new automation capabilities to help improve your overall security posture.

You can also contribute new connectors, playbooks, detections, workbooks, analytics and more for Azure Firewall in Azure Sentinel. Get started now by joining the Azure Network Security plus Azure Sentinel Threat Hunters communities on GitHub and following the guidance.