User-Assigned Managed Identity support for TDE BYOK for Azure SQL is in preview!

User-Assigned Managed Identity support for TDE BYOK for Azure SQL is in preview!

Transparent data encryption (TDE) in Azure SQL Database and Managed Instance helps protect against the threat of malicious offline activity by encrypting data at rest. Azure SQL TDE with Customer-Managed Key (CMK) enables Bring Your Own Key (BYOK) scenario for data protection at rest, and allows customer to have full control of the key lifecycle management. TDE is one of the most widely used security features in Azure SQL and customers are increasingly adopting BYOK to meet compliance and regulatory requirements.

We are announcing a number of key improvements to the TDE BYOK feature which will provide customers with greater flexibility in configuring their database servers with CMK, as well as hardening overall security configuration of the databases.

Managed identities in Azure Active Directory (Azure AD) provide Azure services with an automatically managed identity in Azure AD which can be used to authenticate to any service that supports Azure AD authentication, without any credentials in the code. Managed Identities can be of two types:

Assigning a user-assigned managed identity to the Azure SQL logical server and Managed Instance, and using the same for key vault access for TDE BYOK, is now supported and available in public preview.

Leveraging a user-assigned managed identity assigned to the server for TDE BYOK has distinct benefits:

Screenshots of this experience on the Azure Portal are below: 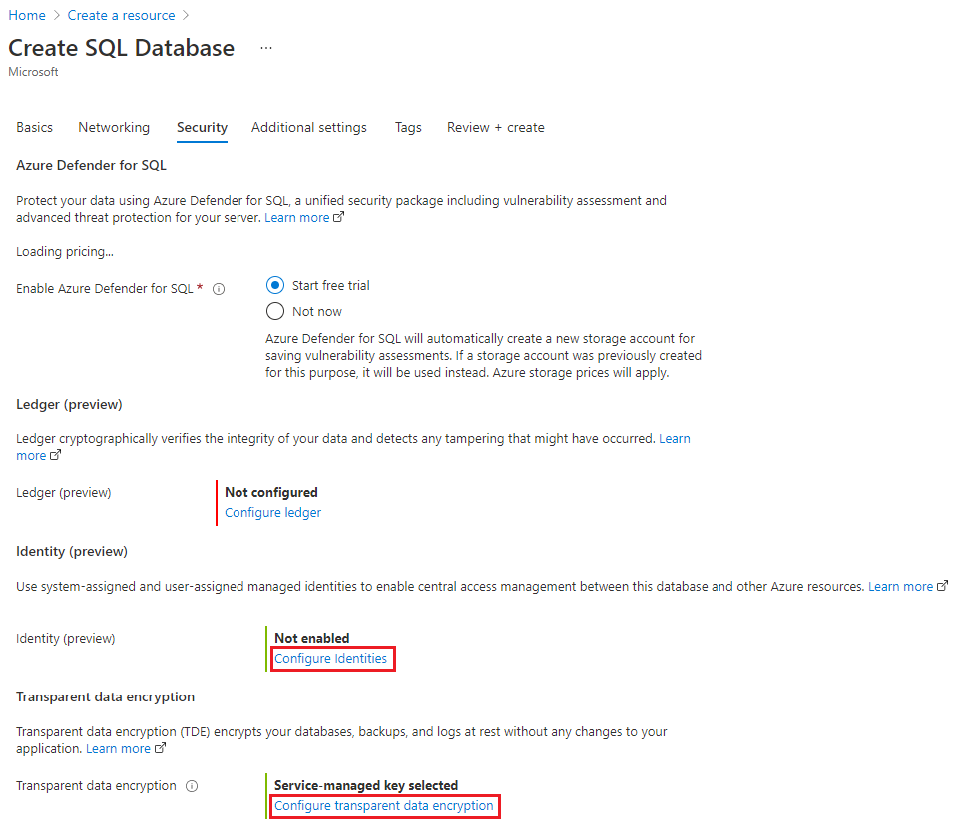 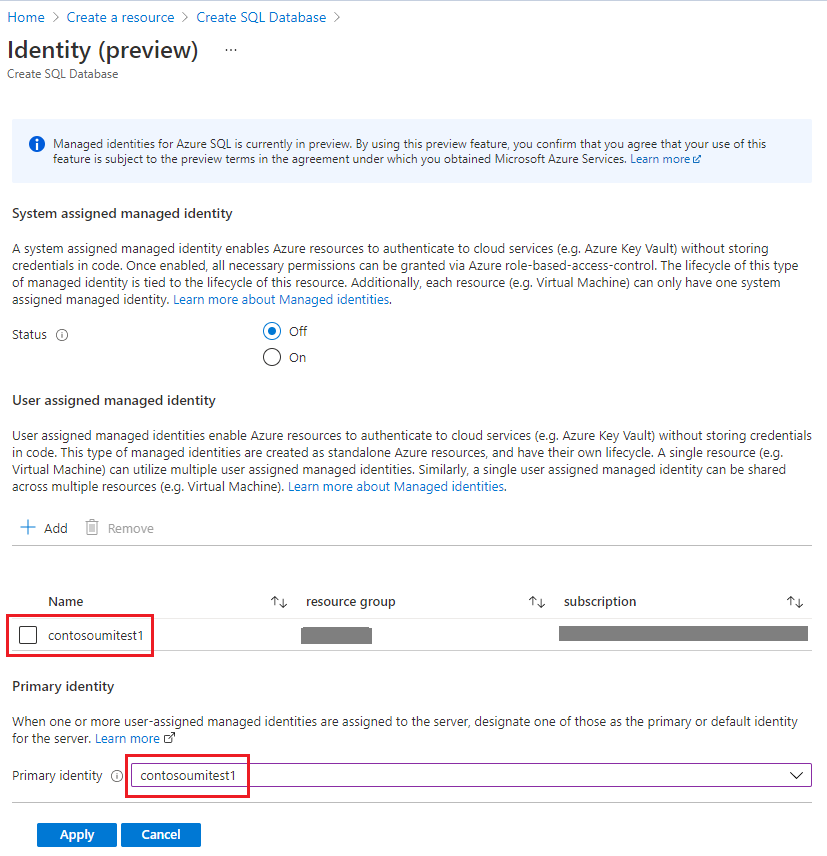 Limitations in the public preview

We are releasing an updated version of the built-in Azure Policy to enforce the creation of an Azure SQL Database server or Managed Instance with TDE BYOK enabled during provisioning. Customers can use this policy to meet organizational compliance objectives that require databases to be always created by encrypting with a customer-managed key.

The policy can be applied to the whole Azure subscription, or just to a resource group. The policy supports “Deny”, “Audit” and “Disabled” effects. With this policy in place with the “Deny” effect, any attempts to create a logical server or managed instance will fail if a customer-managed key hasn’t been selected during provisioning.

Azure Key Vault supports both the vault access policy model as well as Azure RBAC model, for providing required permissions to a Azure AD managed identity (or other security principal).

For TDE BYOK in Azure SQL Database and Managed Instance, in addition to support for the vault access policy model, support for RBAC permission model is now available.

Depending on the permission model of the key vault (vault access policy or Azure RBAC) that the server needs to access, the server’s managed identity (either system-assigned or user-assigned) can be granted required permissions on the key vault as below:

Support for both AKV permission models enables further flexibility in how customers choose to provision access to their database servers on the key vaults.

This feature enhancement is in public preview.

For TDE BYOK configuration, Azure SQL Database servers and Managed Instances in one Azure region can now be linked to key vault in any other Azure region. The server and key vault no longer need to be co-located in the same region.

With this, customers can have the flexibility to locate their Azure SQL server and key vaults in the region of their choosing.

Another benefit of this is in geo-replication and failover group scenarios, in which case, the primary and secondary servers can be connected to the same key vault, eliminating the need to maintain separate key vault for each server and the need to keep the key material used as TDE Protector in sync across both key vaults.

We hope the above enhancements to TDE BYOK will provide Azure SQL customers more flexibility and ease-of-use in managing their customer-managed keys.