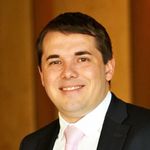 The Azure Maps team is happy to announce that the Azure Maps Android SDK is now generally available. The team worked hard to ensure good alignment of the core feature set in the Azure Maps Web SDK to create a consistent developer experience. If you don’t have an Azure Maps account, sign up now for free. Some of the key improvements added to this update include:

Azure Maps SDK’s leverage the Mapbox style specification and uses MapLibre GL based libraries as an underlying rendering engine. Data-driven style expressions allow you to add business logic to individual styling options which take into consideration the properties defined on each shape in a data source. Data-driven styles can greatly reduce the amount of code required to write and define similar business logic using if-statements and monitoring map events. Additionally, these allow the business logic to be processed at render time and offloaded to the GPU for better performance.

We could also apply a similar data driven style which defines the color of each circle and generate a map that looks like the following.

The Azure Maps Web SDK has similar style expression support, although in a JSON format. These JSON formatted expressions can be used with the Android SDK as well by serializing them as a string and passing them into Expression.raw method which will parse it for you. For example, the following two expressions do the same thing:

See the documentation to learn more.

Vector tiles are a newer geospatial data format that makes it fast and easy to render massive datasets on an interactive map while having full control of styling and interactions locally within the map.

Map showing points on a map

Heatmap layer – show the density and “hot spots” of a set of points on the map. Documentation

Image layer – overlay georeferenced images as a layer on the map. Documentation

Map with an image of overlaid on top

The following are some additional improvements that have been added.

We want to hear from you